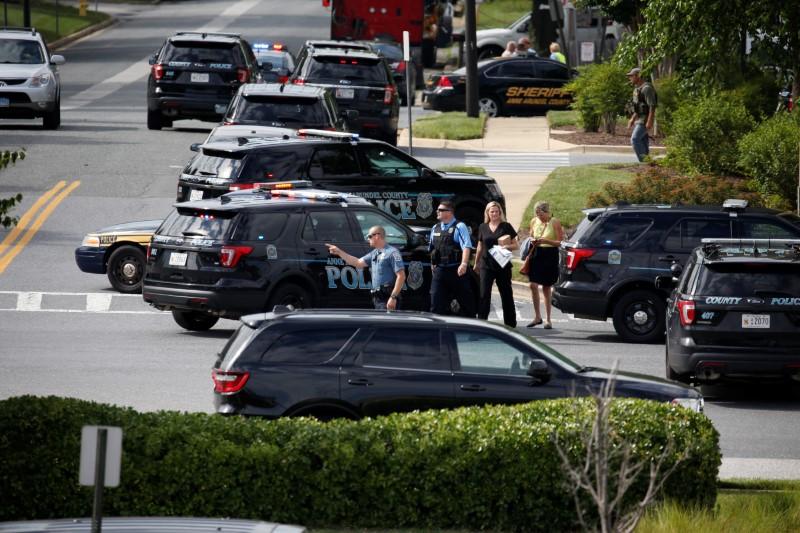 ANNAPOLIS, Md. (Reuters) – A man who had a long-running feud with an Annapolis newspaper blasted his way through its newsroom with a shotgun on Thursday, killing at least five people in one of the deadliest attacks recorded on a U.S. media outlet, authorities said.

The suspect, described as a white man in his 30s who lives in Maryland, fired through a glass door, looked for victims and then sprayed the newsroom of the Capital Gazette newspaper group in Annapolis with gunfire, police and a witness said.

Among the victims was Capital Gazette editor Rob Hiaasen, according the Baltimore Sun, which owns the newspaper group.

In 2012, Ramos brought a defamation lawsuit against Eric Hartley, formerly a staff writer and columnist with The Capital, and Thomas Marquardt, then editor and publisher of The Capital, according to a court filing.

In 2015, Maryland’s second-highest court upheld a ruling in favor of the Capital Gazette and a former reporter who were accused by Ramos of defamation, the Baltimore Sun reported.