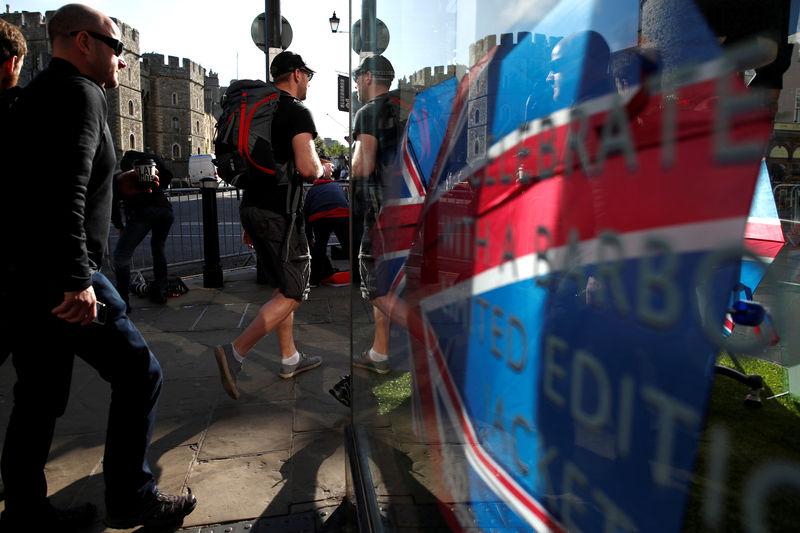 LONDON, (Reuters) – British consumers and businesses became more pessimistic about the economy’s prospects in June, according to surveys on Friday that suggested Brexit worries and global trade spats may be taking their toll.

FILE PHOTO: People are reflected in the window of a gift shop as they walk past Windsor Castle in Windsor, Britain, May 17, 2018. REUTERS/Damir Sagolj/File Photo

Britain’s headline gauge of consumer confidence, compiled by market research firm GfK for the European Commission, fell unexpectedly to -9 from -7 in May. Economists polled by Reuters had expected the index to hold steady.

And Lloyds Bank’s business confidence barometer also eased to 29 percent from 35 percent in May, marking its lowest levels this year.

Both the GfK and Lloyds surveys highlighted waning confidence about Britain’s economic prospects.

Britain will leave the European Union in March 2019, but a transitional trade agreement has not been finalised and there are disagreements among Prime Minister Theresa May’s team over how much effort to put into maintaining close ties with the EU.

“We are reporting falls across all key measures,” said Joe Staton, client strategy director at GfK.

“Scores on personal finance are down but there is a more marked deterioration in our levels of optimism about the general state of the economy.”

Separately, the Confederation of British Industry said its private sector growth indicator slid to +6 in the three months to June from from +10 in May.