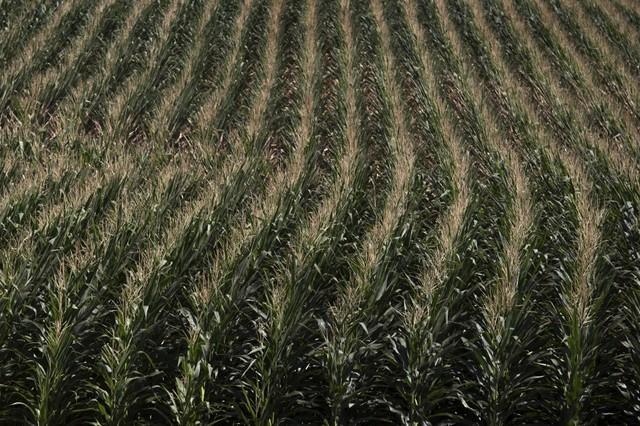 CHICAGO (Reuters) – Hotter-than-normal temperatures will persist in the U.S. Midwest through the first week of July but any stress to developing corn and soybean crops should be mitigated by plentiful soil moisture from recent showers, agricultural meteorologists said Friday.

FILE PHOTO: A corn field is seen in DeWitt, Iowa July 12, 2012. Oklahoma voters will beasked a simple question in the November election of whether theyback a “right to farm” being enshrined in the state’s constitution. REUTERS/Adrees Latif/File Photo

The United States is the world’s biggest producer and exporter of corn. The crop is highly sensitive to stressful heat and dryness as it enters pollination, its key reproductive phase, in July.

Daytime temperatures in the next 10 days should peak in the mid-80s to mid-90s degrees Fahrenheit (29 to 35 Celsius) across most of the Midwest, forecasters said, while nighttime lows will not drop much below 70 F (21 C).

“The temperatures are going to be warm enough in the night to keep the crop stressed. And while reproducing, that, in theory, is not good for the crop,” said Drew Lerner, meteorologist with World Weather Inc.

“But everybody in the Midwest, with the exception of a few pockets in Missouri and Kansas, has sufficient moisture to carry on normal crop development through this two-week period without much of a hitch,” Lerner said.

Cooler temperatures could arrive by mid-July, easing the threat of crop stress.

“Right now the expectation is we will start to moderate in the 11- to 15-day period, then continue to taper off to near or slightly below normal for the latter half of the month,” said David Streit, a meteorologist with the Commodity Weather Group.

The U.S. Department of Agriculture said 5 percent of the U.S. corn crop was in the silking stage, part of the pollination process, as of June 24, ahead of the five-year average of 3 percent.

The Midwest corn and soybean crops are off to a strong start. The USDA rated 77 percent of the corn crop in good to excellent condition by June 24, among the highest ratings for this time of year in USDA records dating to the 1980s.

The government rated 73 percent of the soybean crop as good to excellent, the highest soybean rating on record for this point in the year.