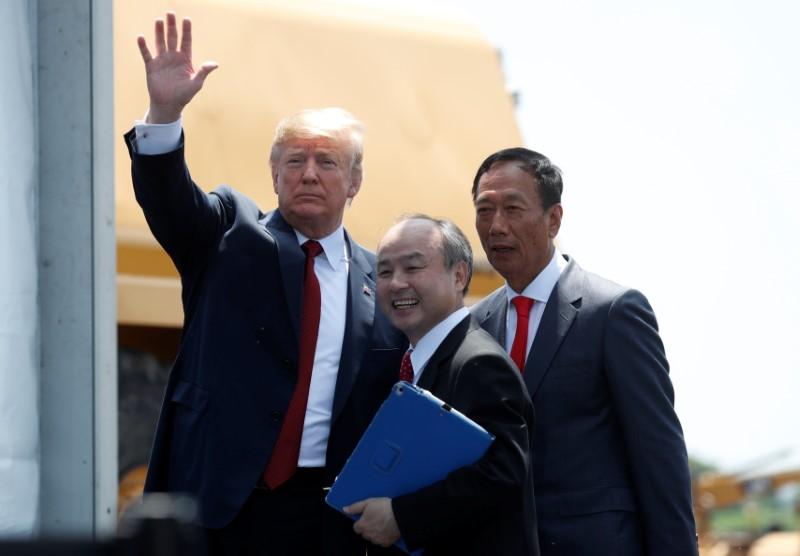 “His $50 billion turned out to be $72 billion so far, he’s not finished yet,” Trump said, without providing details.

Trump’s comments came at a groundbreaking ceremony in Wisconsin for a manufacturing facility for Foxconn (2317.TW), the world’s largest electronics contract manufacturer, attended by Son and Foxconn Chairman Terry Gou.

Son made remarks at the event but did not reference the $72 billion figure.