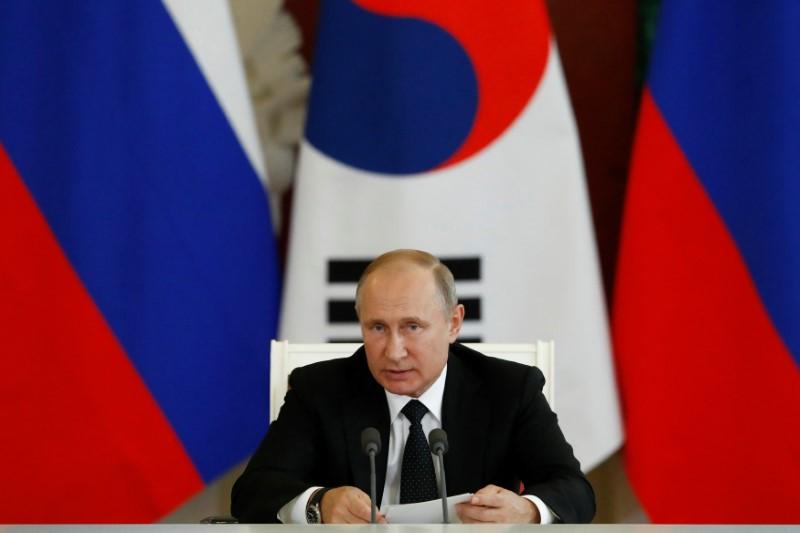 ABOARD AIR FORCE ONE (Reuters) – U.S. President Donald Trump said on Friday he would raise the issue of alleged Russian meddling in U.S. elections during his planned meeting with President Vladimir Putin in Helsinki next month.

Speaking to reporters aboard Air Force One on his way to New Jersey, Trump also said he would discuss the conflicts in Syria and Ukraine and other international issues with Putin during the July 16 summit.

“I’ll talk to him about everything,” Trump said.

Russia has denied U.S. intelligence agencies’ assessment that Moscow sought to interfere with the 2016 U.S. election to boost Trump’s prospects of becoming president.

After Trump and Putin met briefly in Vietnam in November 2017, Trump was criticized in the United States for saying he believed Putin when he denied Russian meddling.

Trump denies wrongdoing and calls an investigation into possible collusion between his presidential campaign and Russia a “witch hunt.”

Russia’s 2014 annexation of Crimea from Ukraine and the sanctions imposed on Russia by the United States in response, and its military intervention in the war in Syria to support President Bashar al-Assad are major causes of strain in the two countries’ relations.

Asked if the United States would recognize Crimea as part of Russia, Trump said: “We’re going to have to see.”

He gave a similar answer when he was asked if he would lift the sanctions on Russia. “We’ll see what Russia does,” Trump said.