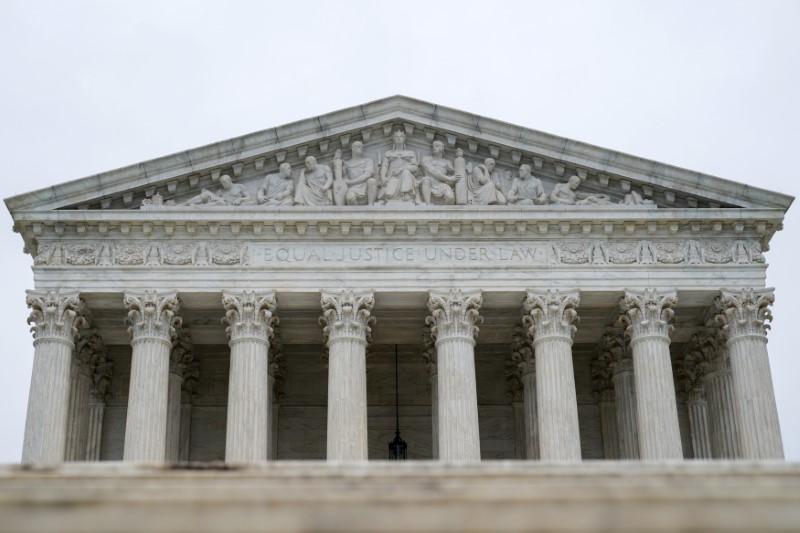 NEW YORK (Reuters) – The U.S. Supreme Court seat left open by the retirement of Justice Anthony Kennedy is a powerful motivator for voters, particularly Democrats, in this fall’s midterm election fight for control of Congress, according to a Reuters/Ipsos poll released on Friday.

The nine-point difference could suggest an enthusiasm gap between the parties, as liberal groups sound the alarm that a newly configured court could outlaw abortion rights if a conservative nominee replaces Kennedy’s swing vote.

The poll, which was conducted on Thursday and Friday, found that abortion ranked a distant fourth when respondents were asked to list the issue of most concern to them among several that could come before the court. Gun rights or restrictions were the most-cited issue, followed by health care, then civil rights.

Left-wing and right-wing groups have sprung into high gear since Kennedy’s announcement on Wednesday that he would step down, putting the balance of the court on key issues like abortion and gay rights into question. Thus far, the focus from both sides has been on whether Roe v. Wade, the 1973 Supreme Court decision that legalized abortion, could be reversed.

Joshua Henne, a Democratic strategist, said abortion would rise in importance among voters as people began to understand the stakes of the Supreme Court battle.

“People for a generation have taken it for granted,” he said. “When people start taking notice that a woman’s right to choose could be in peril, these numbers will look a bit different.”

President Donald Trump and Senate Majority Leader Mitch McConnell, both Republicans, have said they expect the Senate to vote on a Supreme Court nominee well before the elections.

Republicans hold a margin of 51-49 seats in the Senate. But Republican Senator John McCain, who has an aggressive form of brain cancer, has been absent from the Senate for months, meaning that if all Senate Democrats vote against Trump’s eventual nominee, it would take only one Republican defection to defeat his pick.

The battle on Capitol Hill will essentially unfold in two phases, first centered on the nomination fight itself and then on the fallout for the November elections.

The question for Republicans is whether the party’s voters will turn out in November if Kennedy’s replacement is already seated. Matt Mackowiak, a Republican strategist, said it was still far too early to know how the court nominating process would play out.

He said Democratic senators running for reelection in conservative states, like West Virginia and Indiana, face a “lose-lose” scenario: risk angering their base voters by supporting Trump’s pick, or vote no and harm their chances among the Republicans and moderates they still need to win.

“The fact that there’s a modest enthusiasm disadvantage isn’t all that meaningful because there’s already an enthusiasm gap for Republicans,” he said, noting Democratic anger toward Trump.

Henne, however, said Democratic anger would only intensify during and after the nomination battle, which is likely to consume Washington for months and thrust the court’s ideological makeup into the forefront of voters’ minds.

Kennedy’s retirement, he said, could provide Democrats with a clear-cut argument in November for the importance of retaking Congress in case further court vacancies arise during the Trump administration.

The poll collected responses online from 1,066 American adults, including 443 Democrats and 381 Republicans. The poll had a credibility interval of 5.3 percentage points among Democrats and 5.7 points among Republicans, meaning that the results could vary in either direction by that amount.