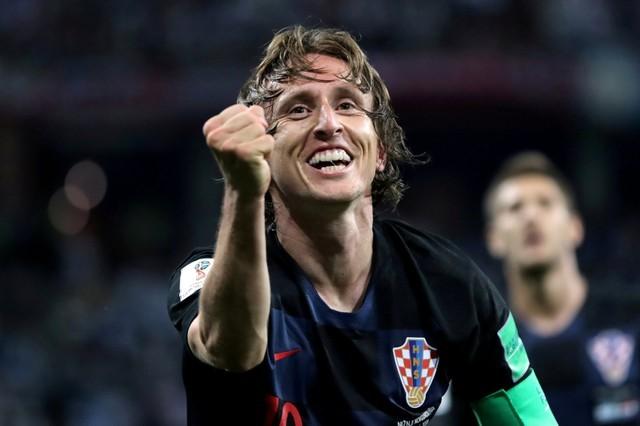 NIZHNY NOVGOROD (Reuters) – After scoring one of the goals of the tournament and upstaging Lionel Messi by leading his team to the top of their group, Croatia captain Luka Modric hopes to fulfill a dream that began when he watched his nation record a best ever World Cup showing.

“It was a huge advert for Croatia, all the world finally knew about us,” the 32-year-old midfielder reflected a couple of years ago of that 1998 run to a third-place finish. “I began dreaming about trying to reach that level one day.”

On Sunday, Modric leads Croatia in a Round of 16 tie they are hot favorites to win against Denmark, whose main threat is another slight and silky midfielder: Christian Eriksen.

Croatia are brimming with confidence after winning Group D at a canter with a perfect record, including a 3-0 thumping of Messi’s Argentina that included a sublime long-range strike from Modric that utterly demoralized the South Americans.

The Real Madrid and former Tottenham player also gave Messi a lesson in converting spot kicks, scoring his against Nigeria on the same day the mercurial Argentine infamously missed one against Iceland.

Such has been his influence, when some were suggesting he might soon be fading into the twilight, Croatia defender Dejan Lovren suggested Modric deserved to win the Ballon d’Or.

“He is one of the best in the world right now,” Lovren said. “Modric would probably be getting more attention than he is right now if he was a German or Spanish player.”

No Croatian has ever won the annual award for the world’s best player although Davor Suker finished second in 1998, the year Croatia lost to hosts France in the World Cup semi-finals.

A visionary passer and fleet-footed dribbler, Modric came to global prominence when he joined Tottenham in the Premier League in 2008. He has kept his form with Real Madrid’s Champions League-winning sides since joining them in 2012.

Unlike some other creative geniuses, Modric also busts a lung to help defend — a quality that endears him to both fans and coaches.

“He’s the engine that makes us go,” Croatia boss Zlatko Dalic said before the tournament.

“He’s also a captain who leads by example. He always gives his maximum, sets high standards with his attitude, aggression and energy on the pitch, and with his behavior off it.”

Disappointed with his personal performances in Brazil four years ago, Modric has already more than made up for it but now wants to go further and surpass the Croatian ‘Class of 1998’ that first inspired him as a boy.