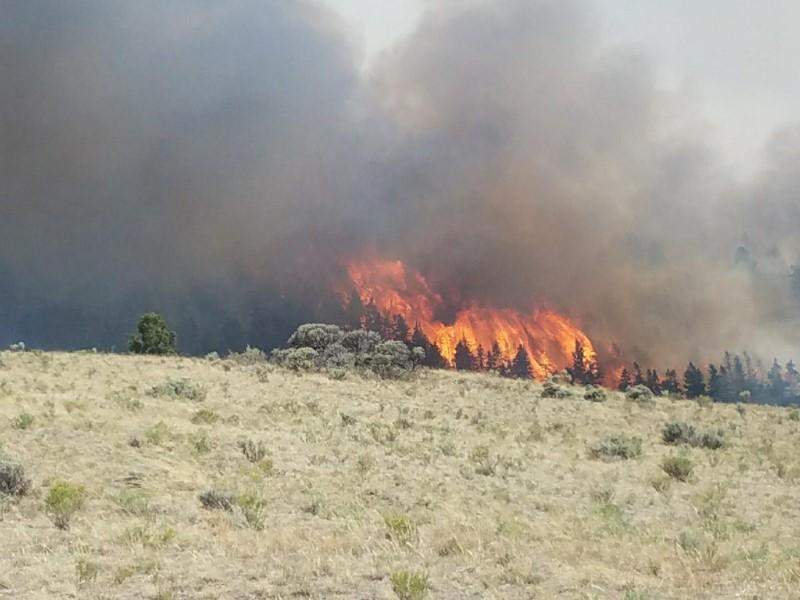 TAOS, New Mexico (Reuters) – A man was arrested on Saturday on charges of starting a forest fire in Colorado that has destroyed structures and forced hundreds to evacuate their homes in one of dozens of wildfires raging across the drought-hit U.S. southwest.

Jesper Joergensen, 52, was taken into custody for suspected arson that started the Springs Fire, the most active of around 10 blazes in Colorado, the state hardest hit by fires, according to Costilla County Sheriff’s Office Facebook page.

Joergensen is not a U.S. citizen and will be handed over to U.S. Immigration and Customs Enforcement once he has faced arson charges, said a Costilla County detention officer. The officer could not immediately say what nationality Joergensen held.

The fire has scorched over 38,000 acres (15,378 hectares) between the towns of Fort Garland and La Veta in southern Colorado, forcing more mandatory evacuations of homes and ranches on Saturday in a mountainous area of public and private land. The fire continued to grow, fueled by temperatures in the mid 80s Fahrenheit (27 Celsius) and had zero percent containment as of Saturday afternoon.

Flames rise from a treeline near an emergency vehicle during efforts to contain the Spring Creek Fire in Costilla County, Colorado, U.S. June 27, 2018. Costilla County Sheriff’s Office/Handout via REUTERS

Air tankers and helicopters dropped fire retardant and water on the blaze. Authorities asked evacuated residents not to fly drones to check on their properties as the devices posed a danger to aircraft and would force them to be grounded.

An unknown number of structures were consumed by the fire, said Bethany Urban, a public information officer. No injuries have been reported.

Gusty winds, single-digit humidity and hot temperatures have fueled the fires and could ignite new blazes in the U.S. West, the National Weather Service said in several warnings.

The largest wildfire in Colorado, the 416 Fire, has charred almost 47,000 acres about 13 miles (21 km) north of Durango in the southwest corner of the state, and is 37 percent contained, said public information officer Brandalyn Vonk.

About 10 smaller wildfires were burning in New Mexico and three in Arizona, with much of the two states suffering extreme or exceptional drought conditions.

All but the northeastern corner of Colorado is experiencing moderate to exceptional drought conditions, according to the U.S. Drought Monitor, an agency of the U.S. Department of Agriculture.