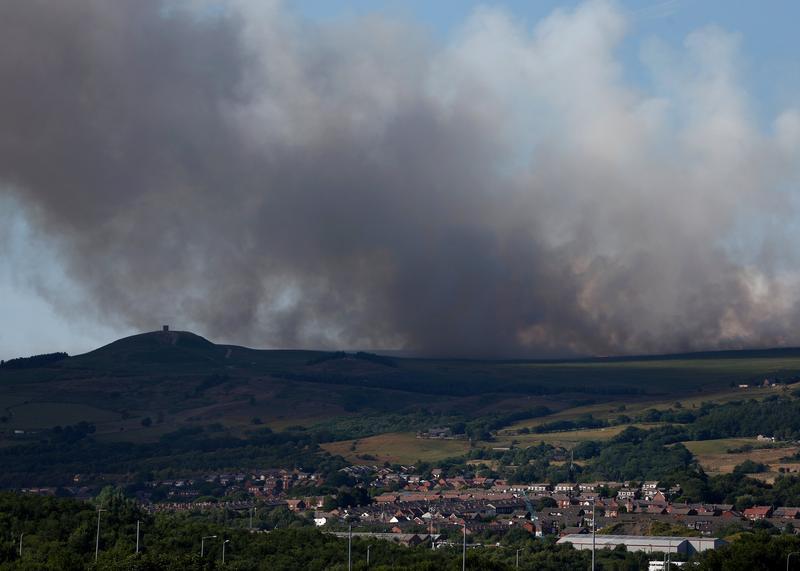 LONDON (Reuters) – Fires on moorland outside the northern English city of Manchester intensified on Saturday, prompting authorities to declare a major incident.

Hot weather and wind over the last week have sparked fires in parts of the northern English countryside — unprecedented in recent times in an area better known for its rainy weather.

“A major incident has been declared as the fires on Winter Hill and Scout Road near Bolton have merged,” Greater Manchester Police said in a statement, referring to an area roughly 12 miles northwest of the city.

“We strongly urge motorists and pedestrians to adhere to all road closure signs as they are there for your safety.”

Greater Manchester Fire and Rescue Service said it had around 120 personnel battling wildfires in seven areas between Tameside to the east of the city, and the Winter Hill area to the northwest.

There have been no reports of casualties.

Earlier in the week the army was called in to help battle another fire on Saddleworth Moor, which spans the area between Manchester and Yorkshire.