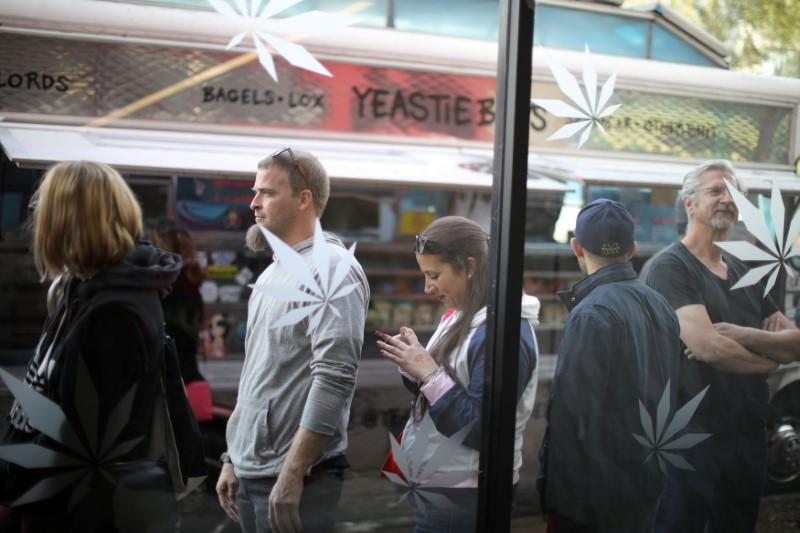 But while the deadline is giving pot shop owners headaches, it is creating an opportunity for consumers. They are already anticipating deep discounts on their favorite marijuana products on what has been dubbed “Green Saturday” – for the color of cannabis – and for black market dealers.

“There’s going to be a lot of massive sales, a lot of retails fire-selling a lot of products,” said Nick Danias, manager of The Pottery cannabis dispensary in mid-city Los Angeles.

“It’s about getting rid of a lot of older product that doesn’t meet city and state requirements and getting through that old inventory and moving on to the next steps after July 1,” he said.

The state Bureau of Cannabis Control regulations require shops to sell only marijuana that has been tested for pesticides, potency and microbiological contaminants.

The government-approved pot will be marked with a harvest and “best use by” date and sealed in child-resistant packaging. The rules were designed to take effect on July 1, six months after legalization approved by voters in November formally took effect on Jan. 1.

Business owners say they have struggled to meet the deadline because of a lack of approved testing facilities in California, which has created a bottleneck in the supply of compliant marijuana that could drive customers to the black market.

The Bureau of Cannabis Control lists 31 labs for testing on its website but says only 19 are operational.

“We issued our emergency regulations back in November, and at that time, we were pretty clear about the fact that there would be a six-month transition period for retailers to use up their existing supply,” said Alex Traverso, a spokesman for the bureau. “We felt that was a sufficient amount of time to deplete stock on hand and adapt to California’s new rules.”

Jerred Kiloh, who owns ‘The Higher Path’ in Sherman Oaks, is desperately trying to sell all his non-compliant stock before Sunday, offering weed between 50 and 70 percent off.

“I’m losing anywhere between 30 and 40 percent on every sale just so I don’t lose 100 percent, because under current laws I can’t give product that is non-compliant back to distributors,” Kiloh said.

Kiloh, who is also the president of the United Cannabis Business Association, estimates that California’s licensed cannabis industry will have lost up to half a billion dollars after July 1.

Vendors worry that taxes as high as 40 percent on some product may also tempt users back to unlicensed dispensaries, of which there are estimated to be 1,300 in Los Angeles alone.

“There are a lot of people saying that within the next year or two you’re going to see at least 90 percent of these companies out of business, because how are they going to sustain themselves unless they go into the underground market?”, said Brad Slaughter, a writer for California Weed Blog.