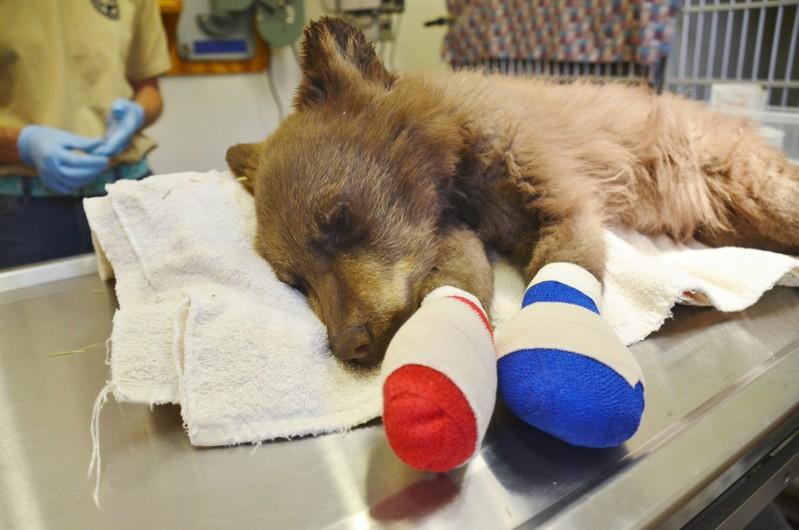 DENVER, Colo. (Reuters) – At least a dozen wildfires were raging on Friday in drought-stricken portions of Colorado where hundreds of residents have been evacuated as a wave of prime wildfire weather conditions moves through the U.S. West.

The most active blaze, the Spring Fire, had scorched nearly 24,000 acres (9,712 hectares) between the towns of Fort Garland and La Veta in southern Colorado. The fire was not contained as of Friday, said Larry Helmerick, spokesman for the Rocky Mountain Coordination Center.

The fire was caused by humans, fire officials said.

Throughout Friday, eight air tankers and five helicopters dropped fire retardant and water on the blaze, which burnt through tinder-dry vegetation and was stoked by swirling winds, Helmerick said by telephone.

“These are prime fire conditions,” he said.

An unknown number of structures were consumed by the fire, said Linda Smith, a spokeswoman for Costilla County where the fire is burning. People in about 350 homes in the area were ordered to evacuate, she said, adding that no injuries had been reported.

Gusty winds, single-digit humidity and hot temperatures have fueled the fires and could ignite new blazes in the U.S. West, the National Weather Service (NWS) said in several warnings.

The largest wildfire in the state, the 416 Fire, which has charred almost 42,000 acres in the southwest corner of the state since it ignited on June 1, is 37 percent contained, fire officials said.

State wildlife officers rescued a black bear cub from that fire after it was separated from its mother, and it is being treated for severe burns to its feet, Colorado Parks and Wildlife said in a statement.

Veterinarians and wildlife officials treating the cub are minimizing human contact with it, hoping to release it into the wild this fall.

Another 250-acre fire is burning on Weston Pass in the Pike National Forest, according to the Rocky Mountain Coordination Center.

An 845-acre, lightning-sparked blaze, the Sugarloaf Fire, was burning in a remote area of the Roosevelt and Arapaho National Forest, according to InciWeb, a federal government wildfire website.

All but the northeastern corner of Colorado is experiencing moderate to exceptional drought conditions, according to the U.S. Drought Monitor, an agency of the U.S. Department of Agriculture.

Firefighters may get a break from a heat wave on Saturday as cooler air and rain are forecast for the area before warmer temperatures return Sunday, the NWS said.

Reporting by Keith Coffman in Denver; Editing by Richard Chang