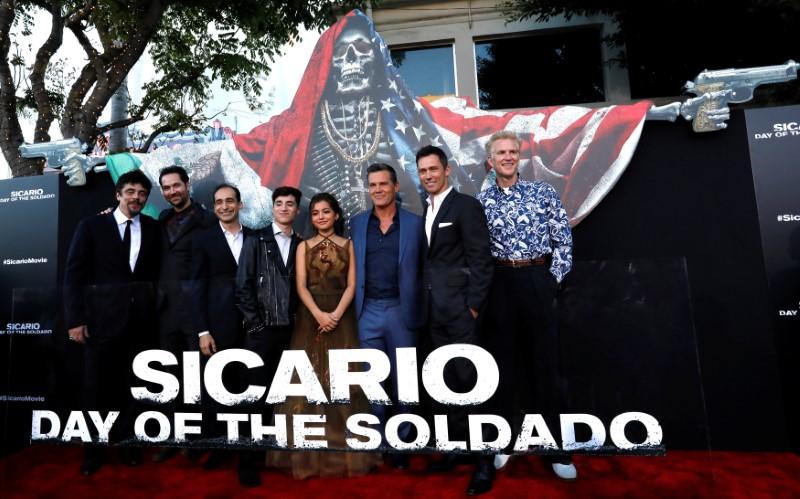 “Fallen Kingdom” picked up $60 million from 4,485 locations in its second outing, bringing its domestic tally to $264.8 million. Even with a 59 percent drop, the dinosaur tentpole has nothing to fear. To date, Chris Pratt and Bryce Dallas Howard-led tentpole has pocketed $932 million globally and is well on its way to crossing $1 billion. Overseas, the Universal and Amblin Entertainment blockbuster pulled in $56.1 million this weekend.

“Ocean’s 8” continues to stay in the top five, stealing another $8 million from 2,345 theaters this weekend. In four weeks, the Warner Bros. heist film has amassed $114 million at the domestic box office.

Earlier in the week, “Sicario: Day of the Soldado” and “Uncle Drew” were targeting openings between $10 million and $13 million. The follow-up to 2015’s “Sicario” scored a better debut than its predecessor, which opened with $12 million. The original film — which received critical acclaim (and three Oscar nods) — picked up $84 million globally during its theatrical run.

The 2018 box office, which just hit $6 billion in record time, is up 9.3 percent, according to ComScore. Meanwhile, the summer box office remains a force, up 15.3 percent compared to last summer, which was the lowest popcorn season in over a decade.

Next weekend sees the release of Marvel’s “Ant-Man and the Wasp” starring Paul Rudd and Evangeline Lilly. The superhero sequel is currently tracking between $68 million and $80 million.

“The much-anticipated debut of Disney’s ‘Ant-Man and The Wasp’ will get the momentum train rolling again with what will be the latest in an impressively long line of box office and critical hits for the Marvel brand,” said Paul Dergarabedian, box office analyst at ComScore.