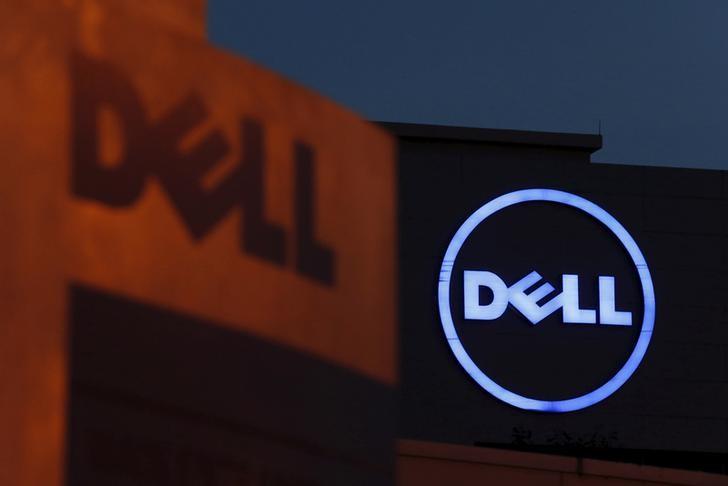 (Reuters) – Dell Inc. is nearing a deal to buy out the holders of shares that track the performance of VMWare Inc (VMW.N) using a mix of cash and equity in Dell, people familiar with the matter said on Sunday.

Dell logos are seen at its headquarters in Cyberjaya, outside Kuala Lumpur in this September 4, 2013 file photo. REUTERS/Bazuki Muhammad/Files

The move will mark the culmination of a strategic review that Dell has been conducting for several months as it has sought to consolidate its complicated ownership structure without overburdening its balance sheet, which bears around $50 billion in debt.

The cash component of the offer will be financed by a dividend that VMWare will pay out to its shareholders, the people said. Dell, which effectively owns more than 80 percent of VMWare, will receive about $9 billion, the people added.

The remainder of the consideration for the VWWare tracking stock holders will be financed with common equity in Dell, which will remain a private company, the people said.

Dell will not make any immediate moves to buy out the shareholders of the publicly traded VMWare stock, who will continue to own just under 20 percent of the company, the people said.

The Wall Street Journal first reported news that talks to buy out the tracking stock shareholders were in advanced stages.