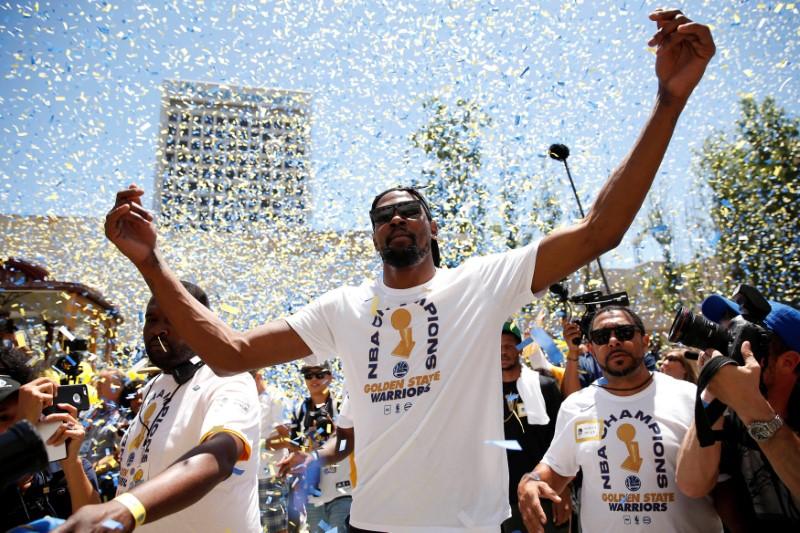 (Reuters) – The two-time defending champion Golden State Warriors have agreed to re-sign Kevin Durant to a one-year contract with a player option for a second year, according to a report on Saturday.

Durant, the NBA Finals MVP for the past two seasons, is expected to sign a contract that will pay him up to around $30 million for the 2018-19 season and a player option worth up to about $31 million for the 2019-20 season, the Mercury News reported.

Golden State’s biggest challenge in the Western Conference, the Houston Rockets, also reached an agreement to hold on to a key piece as the NBA’s free agency negotiations officially began.

Rockets point guard Chris Paul has agreed to sign a four-year, $160 million deal, according to the Houston Chronicle.

Paul tweeted a message “UNFINISHED BUSINESS RUN IT BACK” to confirm his return.

The 33-year-old averaged 18.6 points and 7.9 assists in 58 regular season games for Houston, but his hamstring injury and absence in the final two games of the Western Conference Finals doomed the Rockets against Golden State.