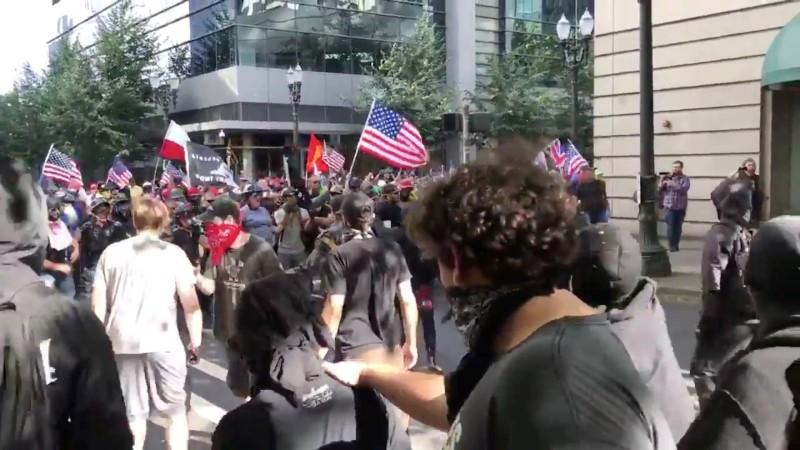 (Reuters) – Anti-fascist and right-wing activists clashed in Portland, Oregon on Saturday night as violence broke out during a march in support of a conservative Republican candidate for the U.S. Senate, media reported.

Protesters of the right-wing group Patriot Prayer clash with protesters from anti-fascist groups during a demonstration in Portland, Oregon, U.S. June 30, 2018, in this still image taken from video from obtained from social media. MANDATORY CREDIT. Bryan Colomo/via REUTERS

Police made a handful of arrests from both sides, and officers seized utility knives, pepper spray and clubs, according to the newspaper.

A spokesperson for the Portland police could not be immediately reached for comment.