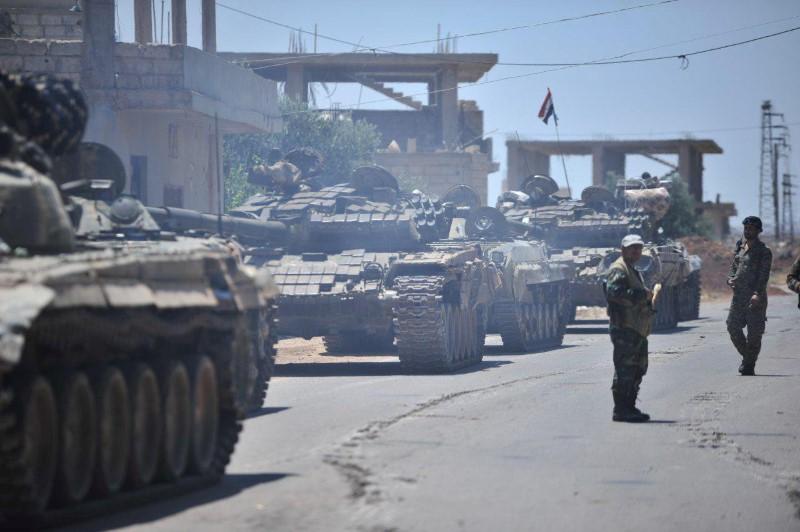 AMMAN (Reuters) – Talks have resumed between the Syrian opposition and Russian negotiators over a peace deal in a rebel held town in southwestern Syria after Jordanian mediation, an opposition spokesman said.

Forces loyal to Syria’s President Bashar al-Assad are deployed in al-Ghariya al-Gharbiya in Deraa province, Syria in this handout released on June 30, 2018. SANA/Handout via REUTERS

Talks failed on Saturday after a meeting in which Russian officers met the rebel team and demanded a complete surrender, rebels said.