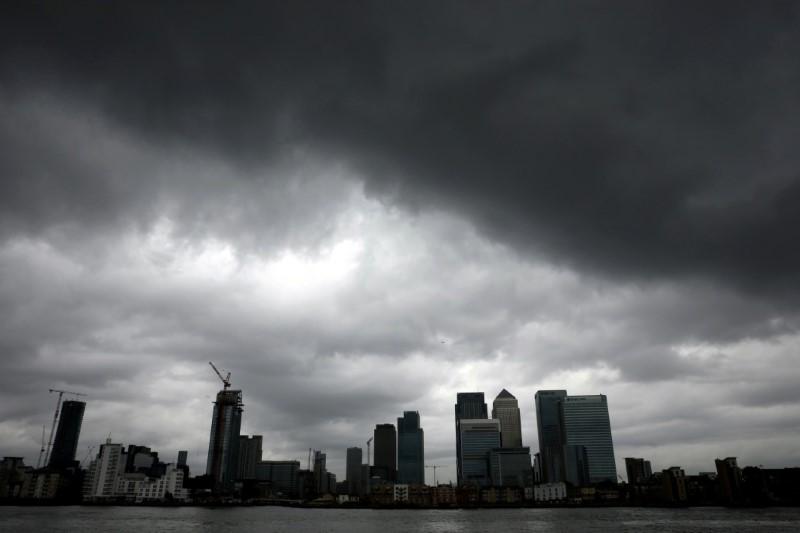 LONDON (Reuters) – A record 75 percent of major British companies are now pessimistic about Brexit, a survey showed on Monday, adding to signs of anxiety around the economy as Britain’s divorce with the European Union draws near.

Weak investment and waning expectations for sales marked Deloitte’s latest quarterly survey of chief financial officers (CFOs), watched by the Bank of England as a gauge of business confidence.

The proportion of CFOs who said Brexit was likely to hurt the business environment was up from 68 percent in the previous Deloitte CFO survey published in April.

With nine months to go until Britain leaves the EU, Deloitte said more large British companies than at any time since late 2012 had adopted a defensive financial strategy.

The accountancy firm’s report chimed with a Lloyds Bank survey last week that showed optimism across British businesses about the outlook has faded to its lowest level this year.

Britain will leave the European Union in March 2019 but a transitional trade agreement has still to be finalised amid disagreements among Prime Minister Theresa May’s team over Britain’s future relationship with Europe.

Last month, multinational companies Airbus (AIR.PA) and Siemens (SIEGn.DE) warned their investments in Britain could be at risk if Britain leaves the EU without a deal. They directly employ about 30,000 people in Britain.

“Uncertainty about the timing and the nature of the Brexit settlement has added to CFOs’ worries about the final destination of the Brexit process,” Deloitte Chief Economist Ian Stewart said.

“The boost to CFOs’ spirits we saw in the last survey, following the announcement of the Brexit transition deal, has been short-lived.”

A net 17 percent of large companies said they expected revenues to rise in the coming 12 months, down from 31 percent in the first quarter of the year, the survey showed.

And only 10 percent of large companies said increasing capital spending was a strong priority, down from 12 percent in the last survey.

The Deloitte survey took place between June 3 and June 14, with 103 CFOs, including 20 executives from FTSE 100 companies and 45 from the FTSE 250 group, taking part.

Another closely-watched business survey, the IHS Markit/CIPS survey of the manufacturing industry, is due at 0830 GMT.