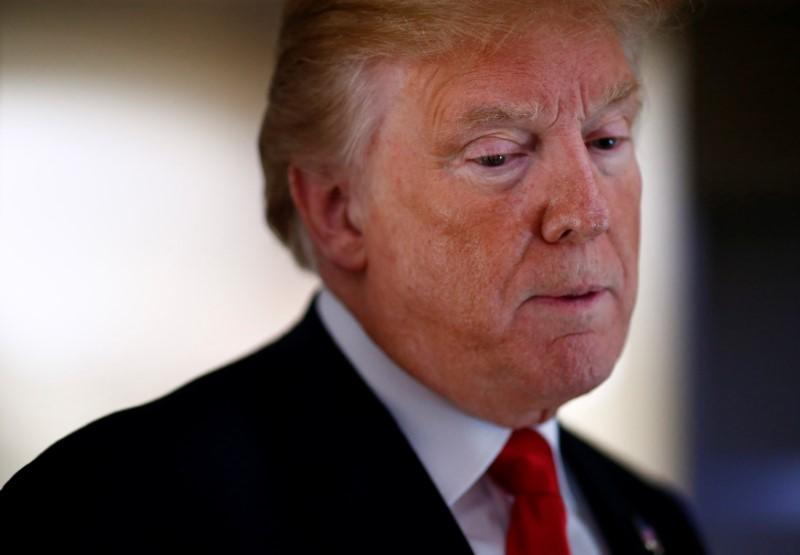 WASHINGTON/RIYADH (Reuters) – U.S. President Donald Trump said on Saturday that Saudi Arabia’s King Salman had agreed to his request to increase oil production “maybe up to 2,000,000 barrels,” an extraordinary amount not confirmed by the kingdom and which would push the OPEC leader to a level of production never tested before.

In an early morning tweet, Trump said Saudi Arabia’s expanded production would help offset a decline in supply from Iran, after the United States pulled out of the Iran nuclear deal in May and moved to reimpose oil sanctions.

“Just spoke to King Salman of Saudi Arabia and explained to him that, because of the turmoil & disfunction in Iran and Venezuela, I am asking that Saudi Arabia increase oil production, maybe up to 2,000,000 barrels, to make up the difference … Prices to high! He has agreed!” Trump tweeted.

He did not specify if the figure was barrels per day (bpd), the normal measure for oil production.

A week ago OPEC and its allies including Russia agreed to boost supplies, easing curbs in place since the start of 2017. They did state how much extra supply they would add.

In briefings since then, OPEC officials have signaled the extra volume is likely to be in the range of 700,000 to 1 million bpd. A request by Trump for 2 million bpd more would be at least double market expectations.

Saudi state media reported that during the call, the Saudi king and Trump emphasized the need to preserve oil market stability and efforts of oil-producing countries to compensate for any potential shortage.

The statement reported by Saudi media did not mention any intention by Saudi Arabia to raise production by 2 million barrels per day. Saudi oil officials did not immediately comment.

Saudi Arabia has a maximum sustainable capacity of 12 million bpd, but it has never tested that level of production.

Benchmark Brent crude LCOc1 was trading around $79 a barrel on Friday, and a Reuters poll showed prices look to remain strong for the rest of this year due to supply disruptions in countries including Libya and Venezuela and as the extra oil from OPEC fails to meet rising demand.

Riyadh plans to boost output to 11 million bpd, the highest in its history, in July up from 10.8 mln in June, a source familiar with Saudi output plans told Reuters this week.

It was not immediately clear what level of production Trump was referring to or by when.

“We will be in uncharted territory. While Saudi Arabia has the capacity in theory, it takes time and money to bring these barrels online, up to one year,” said Amrita Sen of consultancy Energy Aspects.

The Trump administration is pushing countries to cut all imports of Iranian oil from November when the United States re-imposes sanctions against Tehran, after Trump withdrew from the 2015 nuclear deal agreed between Iran and six major powers, calling it a “defective” agreement.

That agreement sought to curb Tehran’s nuclear capabilities in exchange for the lifting of some sanctions. Trump ordered the re-imposition of U.S. sanctions against Iran that were suspended under the accord.

U.S. officials are pressing allies in Europe, Asia and the Middle East to adhere to the sanctions, which are aimed at pressuring Iran to negotiate a follow-up agreement to halt its nuclear programs.

State Department officials said this week the United States is prepared to work with countries on a case-by-case basis to help them reduce imports of Iranian oil and suggested some exemptions were possible.

“They bring to bear economic pressure to separate the nation from the system … but six U.S. presidents before him tried this and had to give up,” Khamenei was quoted as saying on Saturday by his website Khamenei.ir, referring to Trump.

Iran’s rial currency has lost up to 40 per cent of its value since last month, when Trump pulled out of the nuclear deal

Iran’s OPEC governor, Hossein Kazempour Ardebili, accused the United States and Saudi Arabia of trying to push up oil prices and said both countries are acting against the foundation of OPEC.

“If this happens, (it) means Trump is asking Saudi Arabia to walk (away) from OPEC,” he told Reuters.

“The market will go up to $100 I am sure as Saudi Arabia said they will plan an increase for July. … This was managed between the two to rob the pocket of rest of the world,” he said.

Kuwait planned to raise oil output by 85,000 barrels per day starting on Sunday, part of an agreement between OPEC and non-OPEC producers to increase production by 1 million bpd, its Energy Minister Bakhit al-Rashidi said on Saturday.

“Kuwait will raise its oil production from tomorrow to 2.785 million barrels, a daily increase of 85,000 compared to May, based on last week’s production cut agreement,” Rashidi told Arabic-language daily Al-Rai.