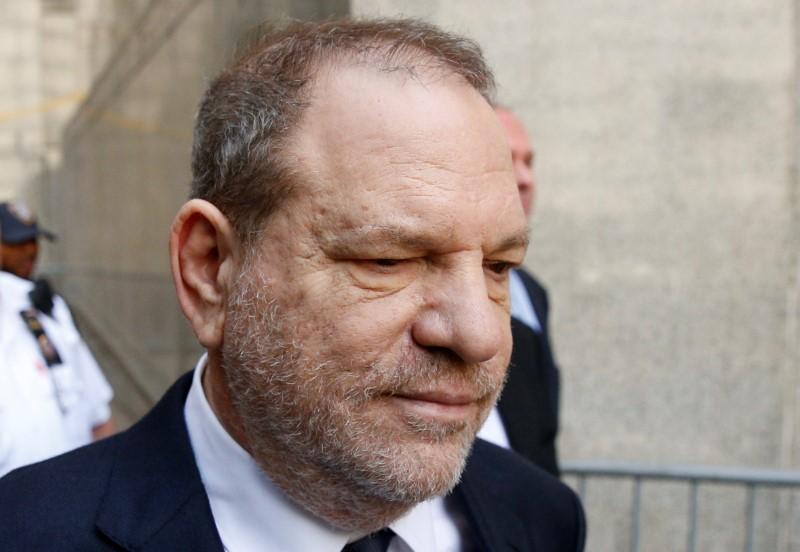 The new indictment accuses Weinstein of forcibly performing oral sex on a woman in July 2006. The new charges, which include predatory sexual assault, carry a sentence of 10 years to life in prison, according to the office of District Attorney Cyrus Vance.

Weinstein, 66, once one of Hollywood’s most powerful filmmakers, has pleaded not guilty to the first set of charges and has denied ever having non-consensual sex. His lawyer, Benjamin Brafman, could not be reached immediately for comment on Monday.

Vance issued a statement about the new charges saying, “This indictment is the result of the extraordinary courage exhibited by the survivors who have come forward. Our investigation continues.”

More than 70 women – mostly young actresses and women in other aspects of the movie business – have accused the Miramax film studio’s co-founder of sexual misconduct, including rape, in a series of incidents dating back decades. The accusations gave rise to the #MeToo movement, which has seen hundreds of women publicly accusing powerful men in business, government and entertainment of sexual harassment and abuse.

Weinstein has been free on a $1 million bail after surrendering in May to face the first set of charges, which came after a monthslong investigation by the New York Police Department.

Prosecutors have not named any of the women accusing Weinstein of sexual assault in court papers.

The details of one of the cases in the earlier charges align with the account of Lucia Evans, a former aspiring actress who told the New Yorker in October 2017 that Weinstein forced her to perform oral sex on him in 2004. The earlier indictment also accused him of raping a different woman in March 2013.

As the accusations against him came out, the Weinstein Co’s board fired him, the company filed for bankruptcy in March, and the Academy of Motion Picture Arts and Sciences expelled Weinstein.

In years past, the academy had showered him with Oscars for a string of films that helped define independent cinema in the 1990s. Miramax and later the Weinstein Co put out acclaimed movies such as “Shakespeare in Love,” “Pulp Fiction,” “Sex, Lies and Videotape,” “The Crying Game” and “The King’s Speech.”

London’s Metropolitan Police and Los Angeles prosecutors have said they are reviewing accusations of sexual assault against Weinstein.