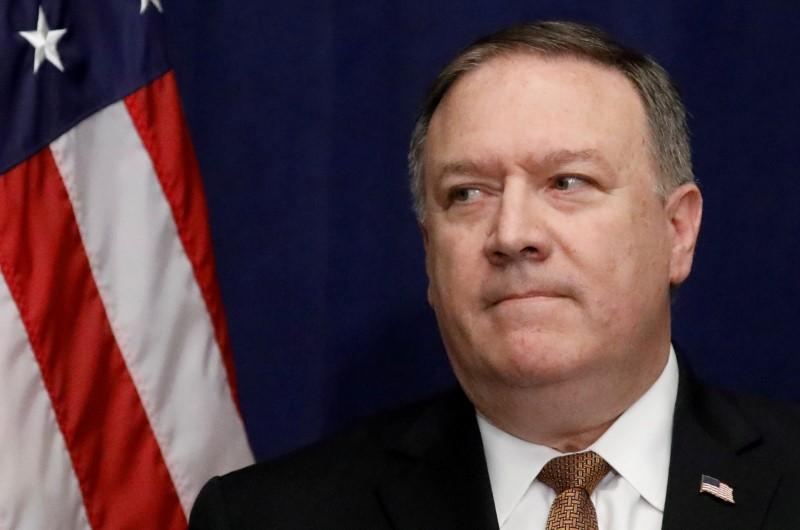 WASHINGTON (Reuters) – U.S. Secretary of State Mike Pompeo will leave for North Korea on Thursday for talks on denuclearization of the Korean Peninsula with North Korean leader Kim Jong Un, the White House said on Monday.

It will be Pompeo’s first visit to North Korea since an unprecedented June 12 summit between President Donald Trump and Kim where the North Korean leader agreed to “work toward denuclearization of the Korean Peninsula.”

The joint summit statement, however, gave no details on how or when Pyongyang might give up nuclear and missile programs that now threaten the United States. U.S. officials have since been working to try to flesh out the details.

“To continue the ongoing and important work of denuclearization on the Korean Peninsula, Secretary Pompeo will be leaving for North Korea on July 5th to meet with the North Korean leader and his team,” White House spokeswoman Sarah Sanders told a news briefing.

Sanders said the United States was “continuing to make progress” in talks with North Korea.

“We had good meetings yesterday and … the secretary of state will be there later this week to continue those discussions,” she said.

Earlier, the State Department confirmed that a U.S. delegation led by Sung Kim, the U.S. ambassador to the Philippines, met with North Korean counterparts at Panmunjom on the border between North and South Korea on Sunday “to discuss next steps on the implementation” of the summit declaration.

“Our goal remains the final, fully-verified denuclearization of (North Korea), as agreed to by Chairman Kim in Singapore,” a State Department spokeswoman said.

Sanders said she would not confirm or deny recent media reporting of intelligence assessments that have cast doubt on North Korea’s willingness to give up a nuclear weapons program.

She endorsed comments on Sunday by White House national security adviser John Bolton who said he believed the bulk of North Korea’s weapons programs could be dismantled within a year “if they have the strategic decision already made to do that.”

“There is great momentum right now for a positive change and we are moving together for further negotiations,” Sanders said.