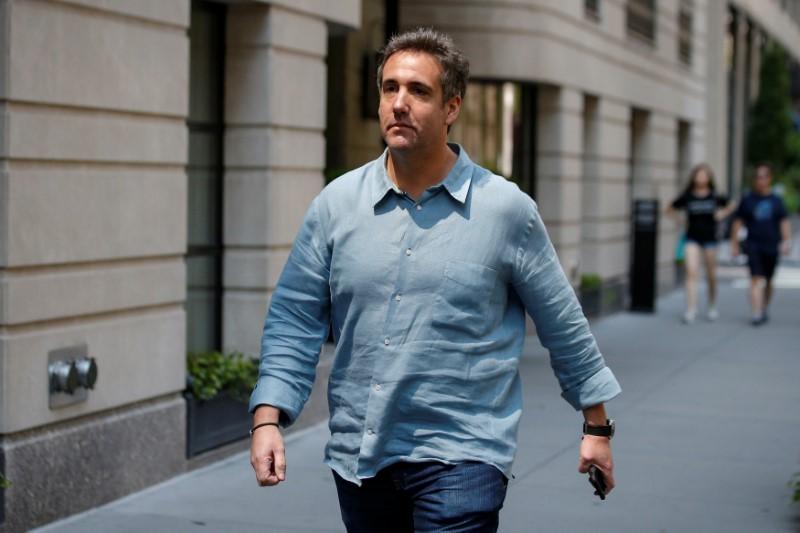 Cohen, in an interview with ABC, indicated he would be cooperative with prosecutors investigating his business dealings and probes into Russian meddling in the 2016 U.S. election.

“I will not be a punching bag as part of anyone’s defense strategy,” ABC quoted Cohen as saying in the interview on Saturday and published on Monday. “I am not a villain of this story and I will not allow others to try to depict me that way.”

Cohen, who has not been charged with any crimes, and his lawyer Guy Petrillo did not respond to requests from Reuters for comment.

The White House did not immediately respond to a Reuters request for comment on Cohen’s remarks.

Cohen has expressed worries about the financial burden of his legal defense and complained that he has not received enough support from Trump, a friend who spoke with Cohen last month has told Reuters, speaking on the condition of anonymity.

Trump has alternately defended Cohen, expressed outrage over a raid by the FBI on the lawyer’s office in April and distanced himself from the man who previously said he would take a bullet for Trump.

In the ABC interview, Cohen said: “My wife, my daughter and my son have my first loyalty and always will. I put family and country first.”

The FBI seized documents and files as part of investigations by federal prosecutors in New York stemming in part from a referral by the U.S. special counsel’s office looking into possible coordination between Trump 2016 campaign aides and Russia. Moscow denies interfering in the U.S. election and Trump denies collusion by his campaign, describing the probe as a political witch hunt.

Prosecutors are investigating Cohen for possible bank and tax fraud, possible campaign law violations linked to a $130,000 payment to adult film actress Stormy Daniels, and other matters related to Trump’s campaign, a person familiar with the investigation has told Reuters.

Cohen refused to criticize U.S. Special Counsel Robert Mueller’s investigation and he condemned Russia for interfering in the election, the ABC report said.

Cohen said he had provided documents to the special counsel’s office but had not been interviewed by Mueller’s team, ABC said.