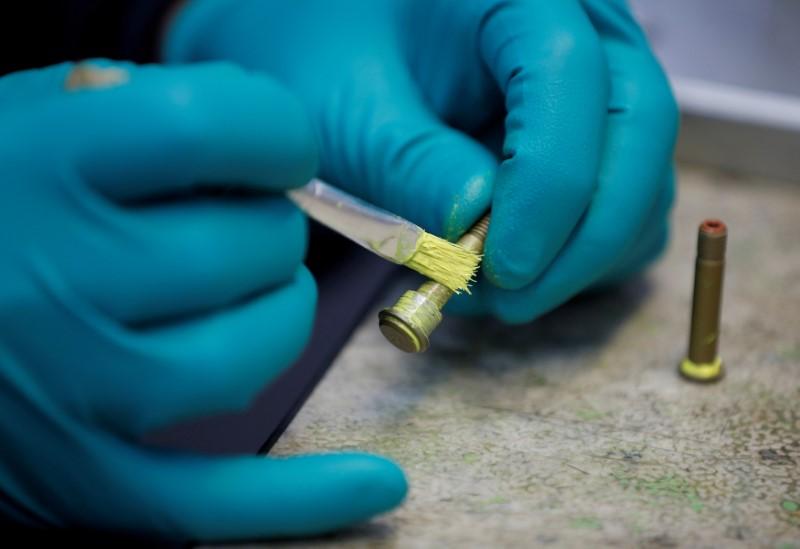 LONDON (Reuters) – British factories kept up a steady pace of growth in June but worries about global trade and Brexit knocked confidence about the outlook to a seven-month low, a survey showed on Monday.

FILE PHOTO: A worker applies a protective coating to a bolt inside the factory of precision engineering company Produmax in Shipley, Britain May 8, 2018. REUTERS/Phil Noble/File Photo

The IHS Markit/CIPS UK Manufacturing Purchasing Managers’ Index (PMI) inched up to 54.4 from a downwardly revised 54.3 in May, beating the consensus of 54.0 in a Reuters poll of economists and above the 50 mark that separates growth from contraction.

Still, June capped the weakest quarter for the British manufacturing PMI in one and a half years, and survey compiler IHS Markit said prospects for the sector, which accounts for a tenth of economic output, looked doubtful.

Optimism fell to its lowest level this year as factory bosses fretted about cost pressures, possible future trade tariffs, the exchange rate, and Britain’s departure from the European Union – now only nine months away.

The figures chimed with a Lloyds Bank survey last week that also showed business confidence ebbed to its lowest level this year.

Data last week showed the economy’s slowdown in early 2018 was less severe than first estimated, but business and consumer surveys have painted a mixed picture of the second quarter.

Bank of England officials weighing up the next rise in interest rates have been keen to emphasise the more positive numbers.

“The turnaround in (manufacturing) performance since the start of the year has been remarkable, with impressive growth rates late last year turning into some of the weakest rates of expansion seen over the past two years,” Rob Dobson, director at IHS Markit, said about the PMI.

“This is a position that cannot be sustained far beyond the immediate horizon,” he said.

“With industry potentially stuck in the doldrums, the UK economy will need to look to other sectors if GDP growth is to match expectations in the latter half of the year.”