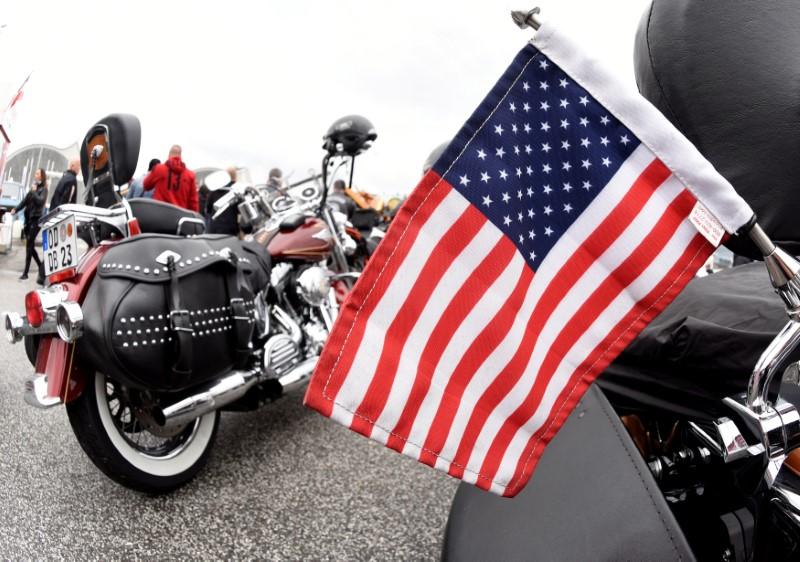 Trump gave no details about what steps his administration is taking. Asked about the tweet, White House senior adviser Kellyanne Conway had no comment.

“Now that Harley-Davidson is moving part of its operation out of the U.S., my Administration is working with other Motor Cycle companies who want to move into the U.S,” Trump said on Twitter, adding “The U.S. is where the Action is!”

Trump has threatened to impose higher taxes on the Milwaukee-based manufacturer in retaliation after it said on June 25 it was shifting some production for European-bound motorcycles from U.S. facilities to avoid tariffs being imposed by the European Union to counter U.S. duties imposed by Trump.

Motorcycle companies based outside the United States include Japan’s Honda Motor Co Ltd and Yamaha Corp, Europe’s BMW and Ducati as well as India’s Hero MotoCorp Ltd, Bajaj Auto Ltd, among others.

The company’s announcement shook Trump’s relationship with the iconic American brand. Executives had been feted at the White House during a visit with the president last year shortly after he took office.

In the face of waning U.S. demand for motorcycles, Harley has turned its focus on overseas sales, opening assembly plants in Thailand, India and Brazil.

“Harley’s primary issue is U.S.-related due to shifts in demographics, which began well before any talks of tariffs and trade wars. Trump’s reaction seems emotionally charged. Harley is simply playing the hand Trump dealt them,” Bernstein analyst David Beckel said.

Its shares took a hit after Trump tweeted that the company would be “taxed like never before” after its production announcement, although he gave no further information.

Trump on Tuesday also appeared to incorrectly tie Harley’s June announcement to its sales last year, saying Harley customers were unhappy with the move and that sales had fallen 7 percent in 2017.

Reporting by Susan Heavey and James Oliphant in Washington, and Rachit Vats and Arunima Banerjee in Bangalore; Additional reporting by Tim Ahmann; Editing by Doina Chiacu and Jeffrey Benkoe