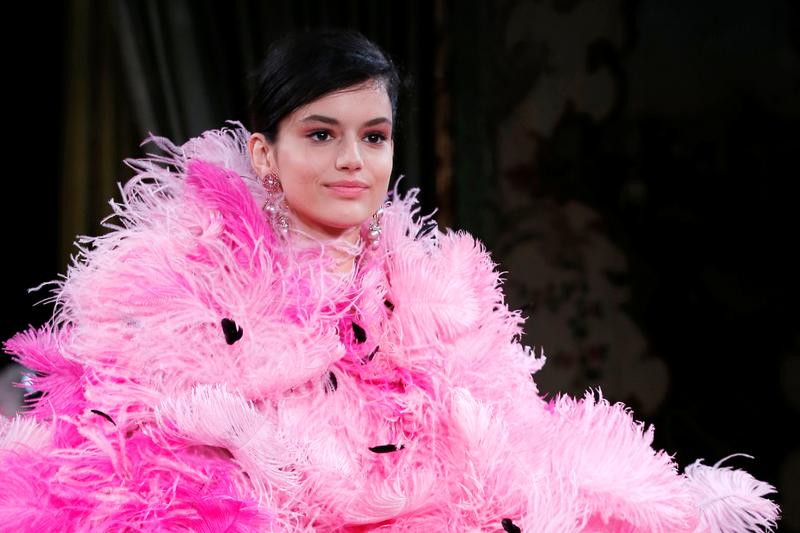 The 83-year-designer – whose creations are Hollywood red carpet staples and worn by screen stars like Julia Roberts and Cate Blanchett – reveled in champagne-colored touches for his latest collection, reflected in satin adornments and linings or the figure-hugging long skirts.

Fringed dresses gave way to enormous puffy skirts swirling in feathers as models wound their way around the rooms of the Italian embassy in Paris, under chandeliers and past cabinets filled with porcelain trinkets.

The Armani Prive collection also featured splashes of turquoise pink and fuschia, with some entirely pink, glitzy looks rounding off the presentation.

Only a handful of brands belong to the select Haute Couture club, and have to be approved by French fashion’s governing body based on criteria including staffing, skills and the service offered to private clients.

Armani remains one of Italy’s largest, independent fashion groups. As part of a succession plan, Giorgio Armani said last year he was seeking to shield the brand from being taken over in future or broken up by transferring a stake to a foundation that will oversee some decisions.