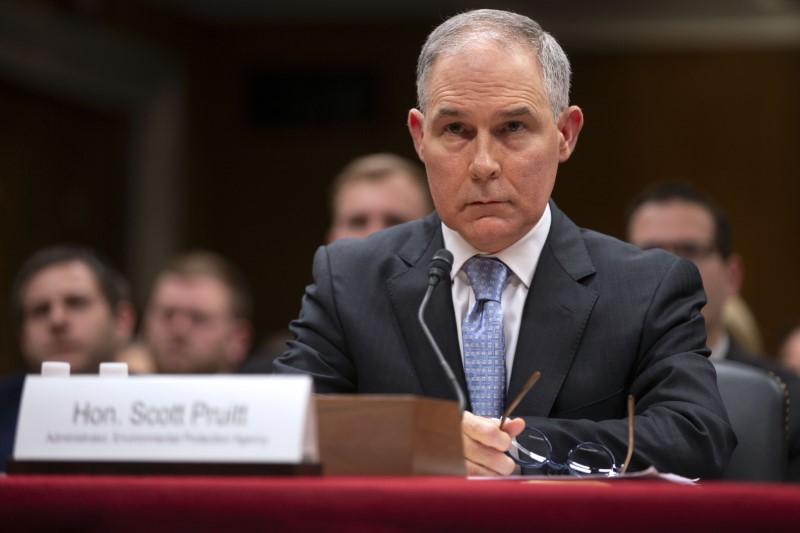 Pruitt, who faces ethics questions and at least a dozen investigations by the EPA inspector general, Congress and the White House, denied it.

“This report is simply false. General Sessions and I are friends and I have always said I want nothing more than to see him succeed in his role,” Pruitt said in a statement.

CNN reported that Pruitt offered to replace Sessions for 210 days under the Vacancies Reform Act and told Trump during an Oval Office conversation that he would return to Oklahoma afterward and run for office.

Citing three unnamed people familiar with the offer, CNN reported that advisers shot down the proposal.

The White House did not immediately respond to Reuters requests for comment.

Speaking to reporters traveling with Trump aboard Air Force One to West Virginia, White House spokesman Hogan Gidley said Trump was looking into the many “troublesome reports” about Pruitt.

“The president feels, though, Scott Pruitt has done a really good job of deregulating the government to allow for a thriving economy. That’s important to him,” Gidley said. He was not asked directly about the CNN report.

Pruitt has been under scrutiny for months amid reports involving questionable spending on first class plane tickets, use of a security detail, connections with lobbyists and industry groups, and use of his office for favors. [nL1N1TH1OE]

Trump has publicly criticized Sessions since last year, mainly for recusing himself from the investigation into alleged Russian meddling in the 2016 election and possible collusion between Russia and the Trump campaign.

As far back as January, sources with knowledge of the matter said Pruitt, a conservative former attorney general of Oklahoma, was interested in replacing Sessions. [nL1N1P01Q8]

Trump wrote in a Twitter post in April, “Do you believe that the Fake News Media is pushing hard on a story that I am going to replace A.G. Jeff Sessions with EPA Chief Scott Pruitt, who is doing a great job but is TOTALLY under siege? Do people really believe this stuff?”