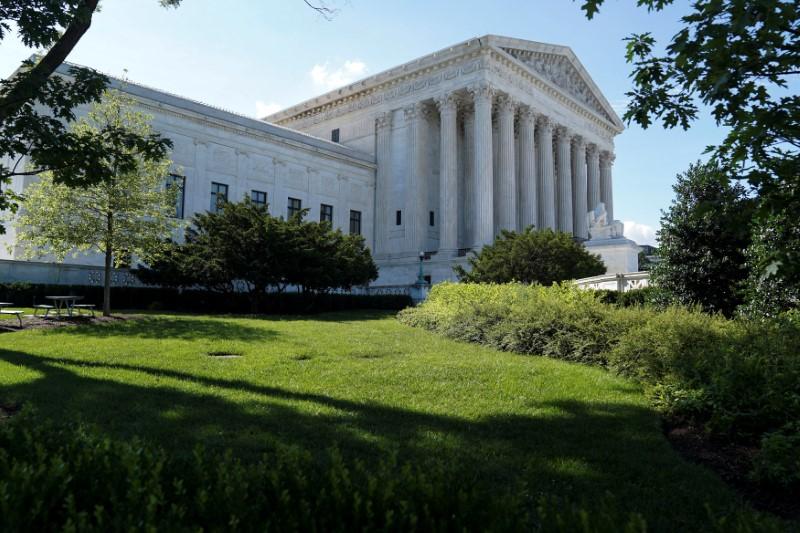 WASHINGTON/NEW YORK (Reuters) – U.S. President Donald Trump said he met with four potential Supreme Court justices on Monday morning, while a person familiar with the selection process said Trump was focused most keenly on two people, although others were still in contention.

Trump told reporters at the White House that he will meet with two or three more candidates and decide on a nominee in the next few days. He was expected to name his choice in a week for a successor to retiring Justice Anthony Kennedy.

With a second Supreme Court pick less than 18 months into his presidency, Trump is poised to cement conservative control of the court and fire up supporters eager for a rightward shift on divisive social issues like abortion and gay rights.

Trump’s nominee must win confirmation by the Senate. Republicans control the chamber but only by a slim majority, making the views of moderates, including some Democrats, important.

Federal appeals court judges Brett Kavanaugh and Amy Coney Barrett have gained the most interest from Trump and his team since Kennedy last week announced his retirement, said the person familiar with the selection process.

“There is keen interest in those two, but there are at least a couple of others who are still very seriously in the mix,” said the person.

McGahn held the same role for the process that led to Trump’s selection of Neil Gorsuch, who has become one of the most conservative justices on the court.

“Teams of attorneys from the White House Counsel’s Office and Department of Justice are working to ensure the president has all the information he needs to choose his nominee,” White House spokeswoman Sarah Sanders said in a statement.