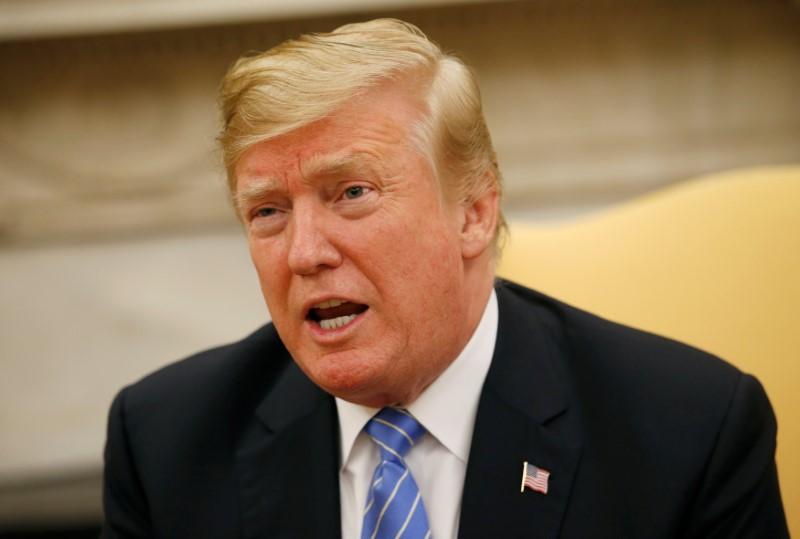 – Crazy Maxine Waters, said by some to be one of the most corrupt people in politics, is rapidly becoming, together with Nancy Pelosi, the FACE of the Democrat Party. Her ranting and raving, even referring to herself as a wounded animal, will make people flee the Democrats! [0616 EDT]

– I interviewed 4 very impressive people yesterday. On Monday I will be announcing my decision for Justice of the United States Supreme Court! [0625 EDT]

– The economy is doing perhaps better than ever before, and that’s prior to fixing some of the worst and most unfair Trade Deals ever made by any country. In any event, they are coming along very well. Most countries agree that they must be changed, but nobody ever asked! [0633 EDT]

– When we have an “infestation” of MS-13 GANGS in certain parts of our country, who do we send to get them out? ICE! They are tougher and smarter than these rough criminal elelments that bad immigration laws allow into our country. Dems do not appreciate the great job they do! Nov. [0649 EDT]

– How can the Democrats, who are weak on the Border and weak on Crime, do well in November. The people of our Country want and demand Safety and Security, while the Democrats are more interested in ripping apart and demeaning (and not properly funding) our great Law Enforcement! [0657 EDT]

– Many good conversations with North Korea-it is going well! In the meantime, no Rocket Launches or Nuclear Testing in 8 months. All of Asia is thrilled. Only the Opposition Party, which includes the Fake News, is complaining. If not for me, we would now be at War with North Korea! [0716 EDT]

– Just out that the Obama Administration granted citizenship, during the terrible Iran Deal negotiation, to 2,500 Iranians – including to government officials. How big (and bad) is that? [0803 EDT]

– Now that Harley-Davidson is moving part of its operation out of the U.S., my Administration is working with other Motor Cycle companies who want to move into the U.S. Harley customers are not happy with their move – sales are down 7% in 2017. The U.S. is where the Action is! [1000 EDT]

– After having written many best selling books, and somewhat priding myself on my ability to write, it should be noted that the Fake News constantly likes to pour over my tweets looking for a mistake. I capitalize certain words only for emphasis, not b/c they should be capitalized! [1719 EDT]

– Heading to West Virginia to be with my friend, @WVGovernor Jim Justice, at his beautiful Greenbrier Resort. He works hard, does a great job, and raises lots of money for charities! [1726 EDT]

– The Washington Post is constantly quoting “anonymous sources” that do not exist. Rarely do they use the name of anyone because there is no one to give them the kind of negative quote that they are looking for. They are a disgrace to journalism but then again, so are many others! [1735 EDT]