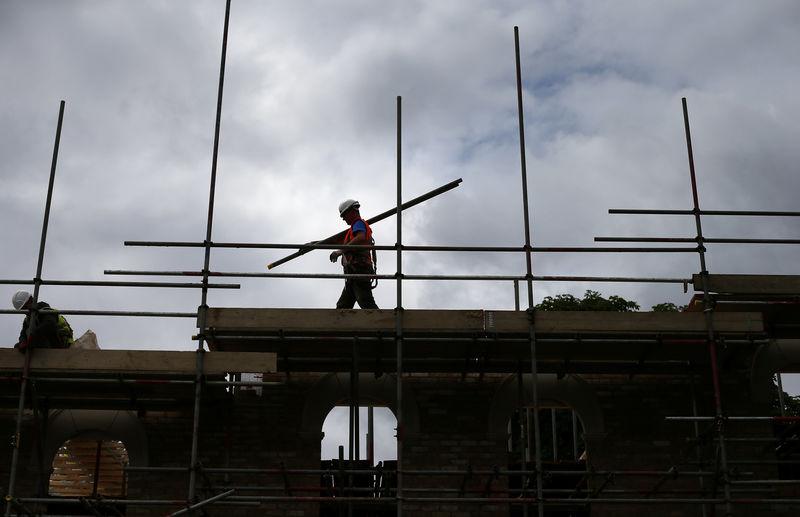 LONDON (Reuters) – Britain’s construction industry put an early 2018 winter slump further behind it in June when the sector enjoyed its fastest growth in seven months, but companies remained worried about the outlook ahead of Brexit, a survey showed on Tuesday.

It was the third month in a row that the sector grew after contracting in March and above the median forecast of 52.5 in a Reuters poll of economists.

New orders rose at the fastest pace since May 2017 and job creation was the fastest in a year.

Business expectations also rose but remained below their levels of a year ago.

The Bank of England wants to be sure that the near-stagnation of Britain’s economy in early 2018 was only temporary, and not a reflection of broader worries about leaving the European Union in March 2019, before it resumes its plan to gradually raise interest rates.

Construction accounts for around 6 percent of British economic output.

The manufacturing sector, which represents about 10 percent of the economy, also picked up pace a bit in June, according to a PMI survey published on Monday.

A survey for the dominant services sector is due to be published on Wednesday.

Markit said growth in construction was driven by residential and commercial properties. But the downside of the increase in output was a longer lead time for getting supplies and the sharpest increase in input prices since September.