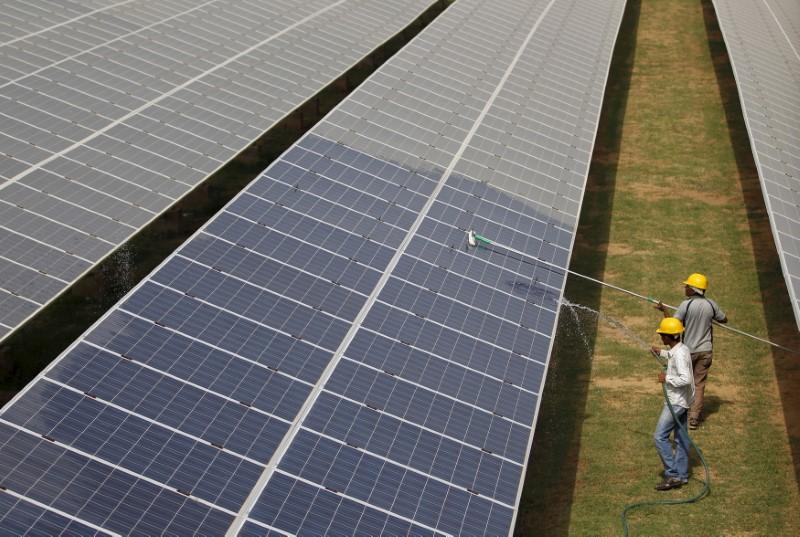 OSLO (Reuters) – A Green Climate Fund (GCF) meant to channel billions of dollars to poor nations said it had had a “very difficult and disappointing” meeting ending on Wednesday, in a new setback after U.S. President Donald Trump pulled out U.S. support last year.

Australian climate finance expert Howard Bamsey announced he was stepping down as executive director of the GCF at the end of the four-day meeting in Songdo, South Korea, the GCF said in a statement.

The GCF, whose South Korean headquarters opened in 2013 with backing from almost 200 nations, aims to help poor nations cut greenhouse gas emissions and adapt their economies to heatwaves, storms and rising seas.

But it has been bogged down by disputes between rich and poor nations about how and where to invest.

“This has been a very difficult and disappointing board meeting for all of us, but most importantly for those people who are most vulnerable to climate change impacts, and who depend on the activities of the Fund,” GCF chair Lennart Baage said in a statement.

The meeting had “challenging and difficult discussions between Board members”, the GCF said in a statement.

The meeting failed to add to its portfolio of 76 projects worth $3.7 billion, which range from promoting rooftop solar energy in India to helping Colombia safeguard wetlands.

The fund, which won initial pledges from developing nations totaling $10.3 billion in 2014, including $3 billion from the United States, has been plagued by red tape and suffered last year when Trump said it was a waste of U.S. taxpayer dollars.

Trump halted U.S. contributions as part of his decision to quit the 2015 Paris climate agreement. That cut the GCF to $8 billion, since former president Barack Obama had paid $1 billion of the planned $3 billion.

The GCF did not give a reason for Bamsey’s departure, which was effective immediately, but Baage said he had done an “exceptional job” since taking over in 2016.

As part of the Paris agreement, rich nations pledged to raise total climate finance, from both private and public sources, to $100 billion a year by 2020 and to raise it further in the 2020s.