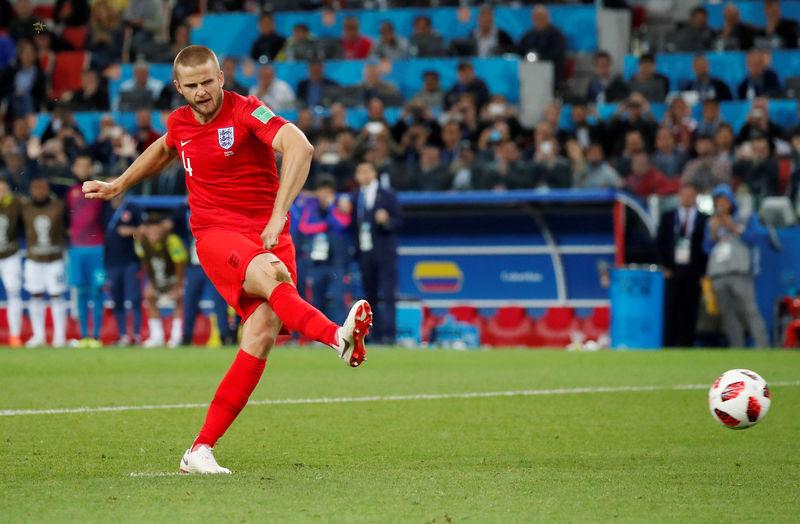 LONDON (Reuters) – Prime Minister Theresa May found it too nerve-wracking to watch the final moments of the England soccer team’s nail-biting win over Colombia late on Tuesday night, her spokesman said.

England progressed to the quarter finals of the World Cup in Russia courtesy of their first penalty shootout win in the competition, ending a decades-long run of heartbreaking exits from major tournaments and sparking mass celebration in London.

But for May, leading a minority government locked in the final throes of the country’s most complex negotiations since the end of World War Two on leaving the European Union, the tension in Moscow’s Spartak Stadium was too much to bear.

Speaking in parliament earlier, May described the win as a “very rare and welcome event” and congratulated the team.

The opposition Labour Party also weighed in, launching a new policy off the back of the historic win by saying the whole of Britain should be given a day off to celebrate if England won the tournament.

“We don’t want to get ahead of ourselves, but I think it is the case that Jeremy believes that if England were to win the World Cup there should be a public bank holiday in celebration,” a spokesman for Labour leader Jeremy Corbyn said.