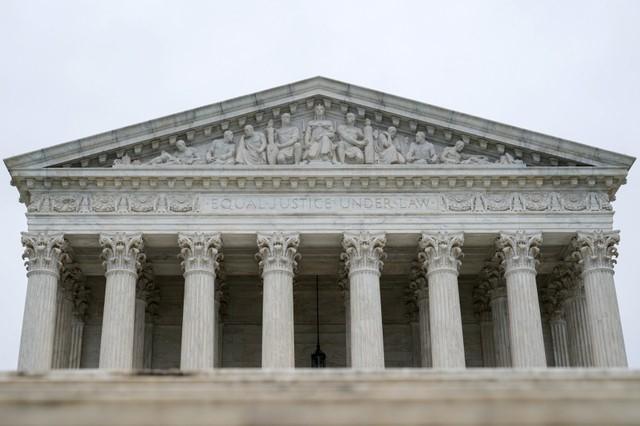 WASHINGTON (Reuters) – President Donald Trump spoke on Tuesday with three possible candidates to fill a coming vacancy on the U.S. Supreme Court, the White House said, a day after he interviewed Republican Senator Mike Lee of Utah about the job.

Trump has said that on July 9 he will name a nominee to fill the Supreme Court vacancy created by the retirement of Justice Anthony Kennedy.

Trump said he met with four potential Supreme Court justices on Monday. Trump also spoke by phone with Lee on Monday, a spokesman for the senator said on Tuesday, confirming a story that appeared in Utah’s Deseret News.

The senator was in Utah at the time of Trump’s call, his spokesman Conn Carroll said, adding that he knew no further details.

The White House confirmed that the president had spoken with Lee by phone. Lee and his brother, Utah Supreme Court Justice Thomas Rex Lee, are both on Trump’s list of potential nominees.

A person familiar with the selection process said Trump was focused on two people, federal appeals court judges Brett Kavanaugh and Amy Coney Barrett, but others were still in contention.

Making his second Supreme Court appointment less than 18 months into his presidency will let Trump cement conservative control of the court for years to come. His nominee must win Senate confirmation. Republicans control the chamber by only a slim majority, making the views of moderates, including some Democrats, important.

Lee, a conservative lawyer and Tea Party favorite, said last week that he “would not say no” if Trump asked him to serve on the court as Kennedy’s replacement.

“I started watching Supreme Court arguments for fun when I was 10 years old. So if somebody asked me if I would consider that, I would not say no,” Lee, 47, told reporters, according to The Hill.

Lee, a member of the Judiciary Committee who was elected to the Senate in 2010, served as a clerk to Supreme Court Justice Judge Samuel Alito. Lee also was an assistant U.S. attorney in Salt Lake City and general counsel to former Utah Governor Jon Huntsman, as well as serving as a lawyer in private practice.

Last week, Senator Ted Cruz, another Republican conservative, said he had urged Trump to consider nominating Lee, telling the “Michael Berry Show,” a radio program, that Lee “would be a justice you could trust to always be faithful to the Constitution and the Bill of Rights.”