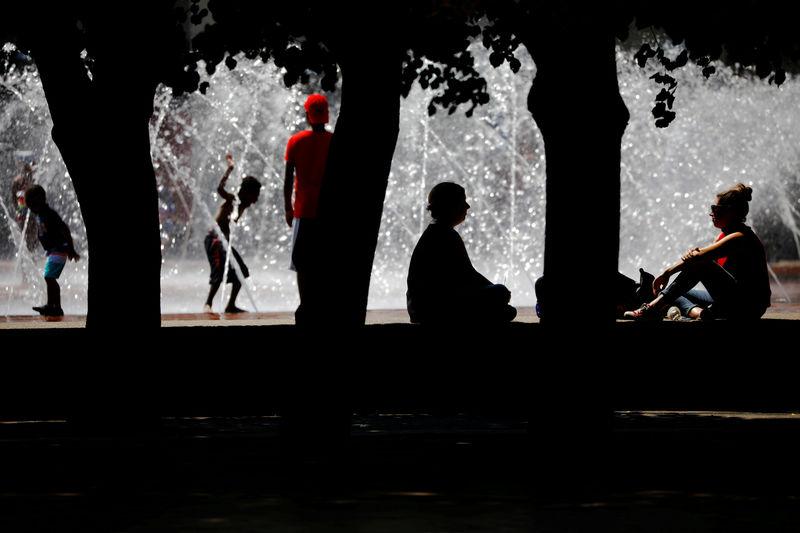 MILWAUKEE (Reuters) – Tens of millions of Americans from the Midwest to the East Coast faced brutally hot temperatures and stifling humidity on the Fourth of July holiday on Wednesday, but forecasters said cooler, drier air is on the way by the weekend.

Heat advisories and excessive heat warnings were in effect through Wednesday night, with heat index values – which combine temperature and humidity – in major U.S. cities such as New York and Chicago expected to reach well above 90 degrees Fahrenheit (32°C), the National Weather Service (NWS) said.

“Relief is on the way, but don’t expect it before Friday night,” said Richard Bann, a meteorologist with the NWS Weather Prediction Center in College Park, Maryland.

“But it will cool off,” Bann said. “Instead of being in the 90s (Fahrenheit), it’ll dip into the mid-80s and with less humidity.”

“There’s a system of cool, dry air scooting across Canada and will dip down into the Midwest, parts of New York and New England by this weekend. And there’s a good chance for showers Friday night for much of the area.”

Until then, the dangerous heat wave will continue to sizzle a large swath of the U.S. Midwest and East Coast.

At least four people have died due to the heat over the last week, including a Pennsylvania woman who died while working in her garden on Saturday and a man who was running a race in New York on Sunday, CNN reported.

For the Fourth of July holiday, Dan Petersen, an NWS meteorologist, warned people celebrating outside to remain in the shade and drink plenty of fluids.

“Anyone outside in locations with expanded areas of heat is going to have to take precautions,” he said. “This is the peak of summer – the hottest time of the year.”

Later this week, a storm front is expected to roll through and cool down the Eastern Seaboard for the weekend, Petersen said. It is likely to provide relief to Washington, D.C. and Philadelphia on Friday night before heading down to the Carolinas.

In a reversal of normal patterns, Petersen said, the hot weather will head west, hitting the central United States late in the week before reaching Los Angeles and San Diego on Friday.

FILE PHOTO: People sit in the shade and cool off in a fountain during a summer heat wave in Boston, Massachusetts, U.S., July 2, 2018. REUTERS/Brian Snyder/File Photo

Reporting by Brendan O’Brien in Milwaukee, additional reporting by Rich McKay in Atlanta; Editing by Matthew Lewis and Phil Berlowitz