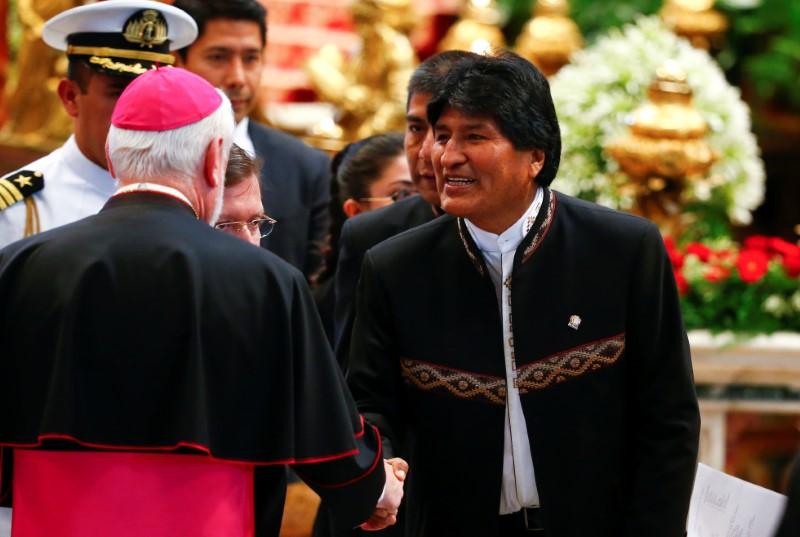 (Reuters) – Bolivian President Evo Morales has undergone an operation for a “small tumor” that was detected during a routine check-up, he said on Wednesday in a Twitter post.

Morales, 58, who has been in power since 2006 and signaled a controversial intention to run for a fourth term next year, posted a picture of himself being checked by medics in a hospital bed and declared that he was “very well, 100 percent” and would be discharged on Thursday.

“Very grateful for your solidarity, your prayers and your blessings,” he wrote. “In a routine check-up doctors found a small tumor which has been removed satisfactorily through an emergency but low-risk operation.”

The president’s office said Morales had been treated at a private clinic in the city of La Paz.

The state news agency ADI said Morales, who it added “practices sports regularly and exercises in his office normally from five in the morning until midnight,” gave no other details about where the tumor was found, or the surgery itself.

Morales, a former coca farmer and the country’s first indigenous president, previously underwent surgery in Cuba to remove a benign tumor from his throat and in Bolivia for football-related injuries to his knee.