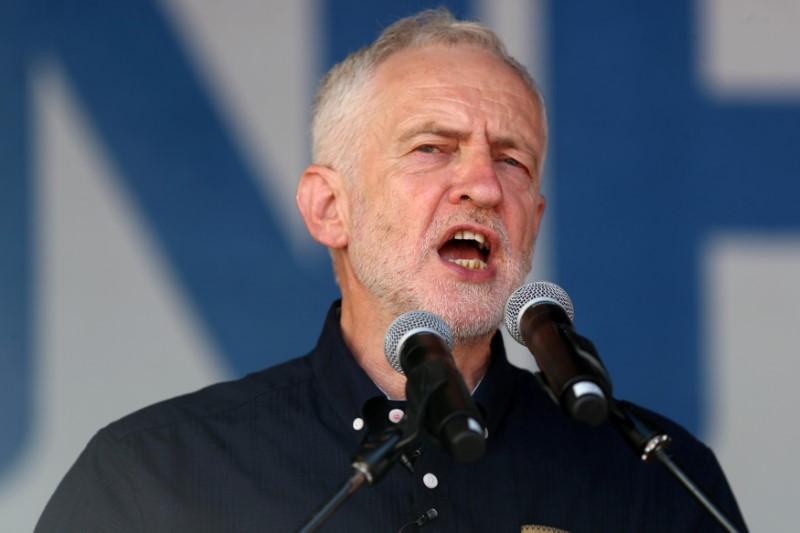 Corbyn, visiting the Netherlands for talks with Dutch Labour Party leader Lodewijk Asscher, also criticised British Prime Minister Theresa May for failing to clinch an agreement with the European Union on future ties after Brexit.

“If our parties look like just another part of the establishment… they will be rejected and the fake populists and migrant-baiters of the far right will fill the gap,” Corbyn said at his meeting with Asscher.

Dutch Labour, which participated in an austerity-minded cabinet with the ruling conservative VVD party from 2012-2017, left government after its share of the national vote fell to just 6 percent in a 2017 election, down from 25 percent in 2012.

Centre-left parties in Germany, France, Italy and elsewhere have all lost ground to far-right parties in recent elections.

Matteo Salvini, leader of Italy’s right-wing League that has seen its popularity surge since joining a coalition government, said on Sunday he wants to expand his party’s success to create a pan-European association of like-minded, nationalist parties.

British Labour, which lost power in 2010, made modest gains in a 2017 national election despite moving further to the left under Corbyn, a strong critic of the austerity policies pursued by the governing Conservatives.

On Brexit, Corbyn’s Labour Party favours staying in a customs union with the EU to protect jobs.

May’s Conservatives remain deeply split over Brexit and she has invited ministers to her country residence on Friday in a last-ditch attempt to build a cabinet consensus over Britain’s future trade relations with the EU.

The Netherlands, along with Ireland one of Britain’s largest trading partners in the EU, has lobbied for a favourable trade deal, while saying it will support whatever deal Britain reaches with the EU’s chief negotiator Michel Barnier.

Asscher said on Thursday any “Brexit deal must have a clause to exclude tax avoidance” by multinational corporations. He said he feared big companies might seek to extract tax concessions to remain in Britain if the U.K. economy weakens significantly after the country leaves the EU next March.