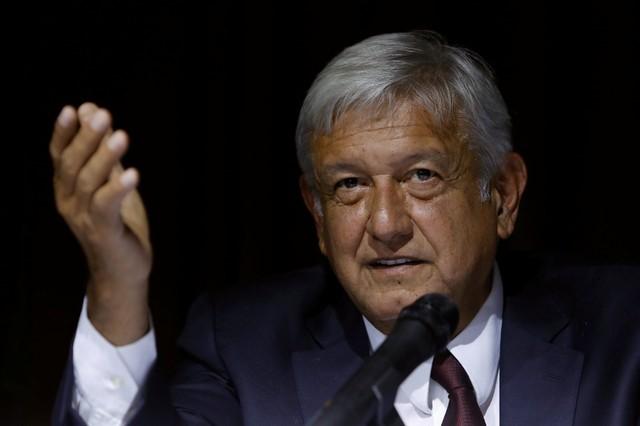 Lopez Obrador, who won a landslide election victory on Sunday, said he would invite Trump along with Canadian Prime Minister Justin Trudeau and other heads of state to his swearing in.

Replying to a question about the approach his government would take to the crisis in socialist-led Venezuela, Lopez Obrador said he would adopt a policy of “non-intervention.”

Non-intervention in the affairs of other states is a bedrock of Mexico’s foreign policy. But the government of outgoing President Enrique Pena Nieto has spoken out strongly against Venezuelan leader Nicolas Maduro for what it sees as his undemocratic practices, siding closely with the United States and seeking votes against the OPEC nation in diplomatic forums.

Relations between the two will be closely watched because Trump has regularly criticized Mexico.

Speaking at a press conference, Lopez Obrador, 64, also said he was replacing his original pick for foreign minister, Hector Vasconcelos, with Marcelo Ebrard, another former mayor of the capital.