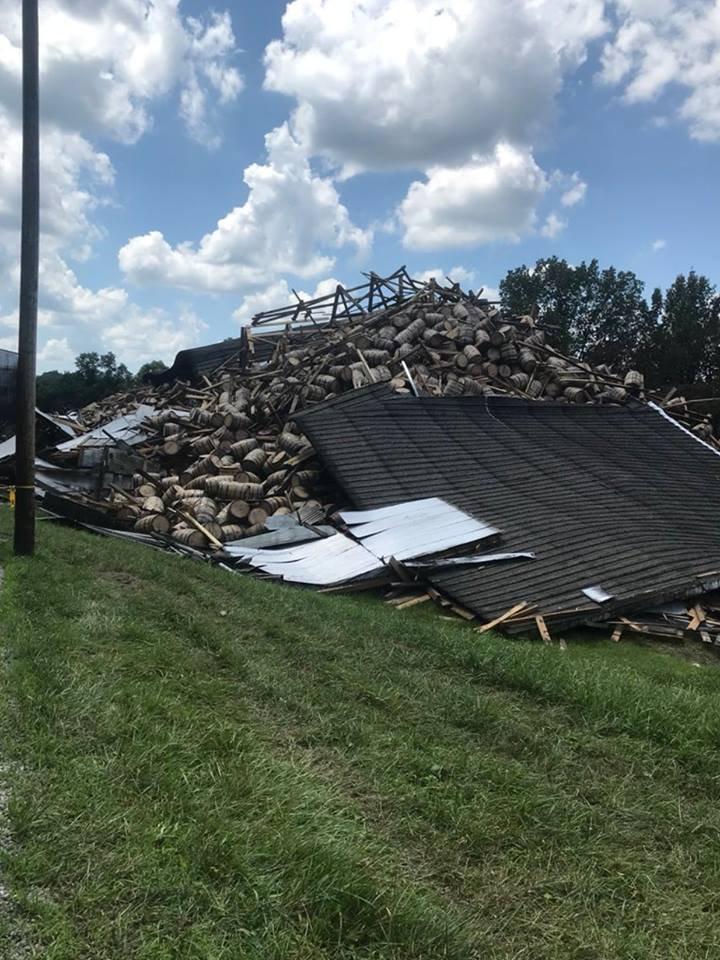 (Reuters) – Thousands of barrels of bourbon and other spirits ended up in a mountainous heap in northern Kentucky on Thursday after a building collapsed at a century-old distillery, local media reported.

Half a seven-story rackhouse at the Barton 1792 Distillery in Bardstown, Kentucky, collapsed on Wednesday, after the first half toppled on June 22, the Kentucky Standard reported. No one was hurt in either collapse, the newspaper said.

A rackhouse is a warehouse where barrels are stored on racks. The Barton rackhouse, built in the 1940s, held about 18,000 53-gallon barrels, the Standard reported, citing a spokeswoman for Sazerac, Barton’s parent company.

It’s not clear how many of the barrels can be salvaged, local media reported.

The rackhouse sat uphill from a Beech Fork River tributary, and some bourbon and brandy spilled into nearby waterways after the first collapse. About 800 fish were killed in a creek that empties into Beech Fork River, officials said in June, the Louisville Courier Journal reported.

Officials from the U.S. Environmental Protection Agency and the state’s Department of Fish and Wildlife Resources were determining the environmental impact of the collapses, the newspaper reported.

The distillery’s remaining warehouses, along with warehouses at two other two Sazerac-owned distilleries in Kentucky, have been inspected and determined to be safe, Amy Preske, a spokeswoman Sazerac, said in a statement to the Courier Journal.

Reporting by Brendan O’Brien in Milwaukee