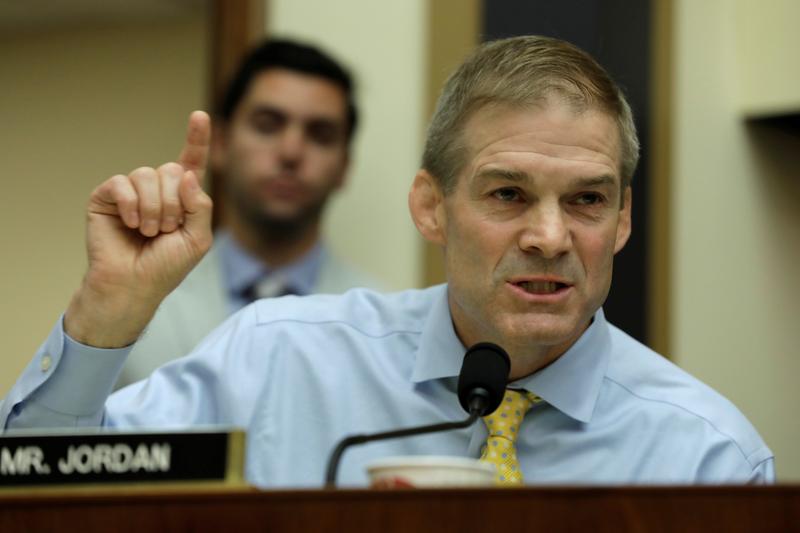 ABOARD AIR FORCE ONE (Reuters) – U.S. President Donald Trump said on Thursday he did not believe allegations by several former wrestlers at Ohio State University coached by Republican Representative Jim Jordan that he was aware the team doctor was molesting them.

“Jim Jordan is one of the most outstanding people I’ve met since I’ve been in Washington. I believe him 100 percent,” Trump told reporters aboard Air Force One while traveling to Montana.

The allegations were reported on Tuesday by NBC News, which said Jordan was the assistant wrestling coach at Ohio State from 1986 to 1994.

Jordan, whose name has been floated as a possible successor to retiring House of Representatives Speaker Paul Ryan, has said since Ohio State announced in April that it was investigating former team doctor Richard Strauss that he was previously unaware of the molestation allegations.

The NBC report said former wrestler Mike DiSabato told the network that before going to the university with the molestation charges, he reached out to Jordan, who told him to “Please leave me out of it.”

Another former wrestler, Dunyasha Yetts, said he and others had explicitly told Jordan about Strauss’ behavior, according to the report.

Ian Fury, a spokesman for Jordan, said the congressman never saw or heard about any abuse and never had any abuse reported to him during his time as a coach at Ohio State.

“He has not been contacted by investigators about the matter, but will assist them in any way they ask, because if what is alleged is true, the victims deserve a full investigation, and justice,” Fury added in an email.

Strauss, who committed suicide in 2005, was Ohio State’s doctor for the wrestling team from the mid-1970s until the 1990s, according to the NBC report.