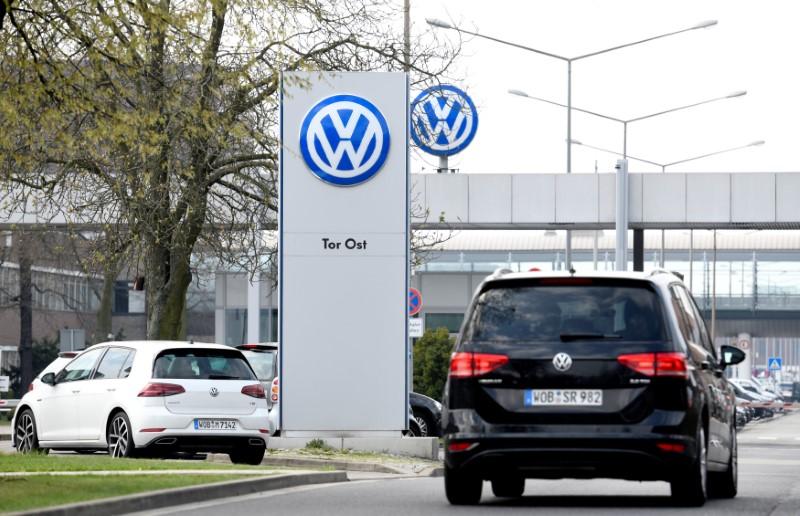 KARLSRUHE, Germany (Reuters) – Volkswagen (VOWG_p.DE) has lost a legal challenge to prevent prosecutors from examining unpublished documents about its emission scandal, with Germany’s top court ruling on Friday that files seized from a U.S. law firm may be reviewed.

FILE PHOTO: The logo of Volkswagen is seen at their plant in Wolfsburg, Germany, April 12, 2018. REUTERS/Fabian Bimmer/File Photo

Shortly after the dieselgate scandal broke in September 2015, VW hired law firm Jones Day and advisory firm Deloitte to investigate the issue and look at who was responsible.

VW never published the findings of the Jones Day investigation, although a summary was compiled in the form of a “Statement of facts” for the U.S. Department of Justice.

Prosecutors searched the Munich-based offices of Jones Day in March 2017 in connection with a fraud probe related to 3.0 liter diesel engines made by VW’s premium unit Audi (NSUG.DE).

VW fought the use of any files taken in the raid, and the constitutional court last July issued a temporary order blocking Munich prosecutors from assessing the material.

The dismissal of VW’s legal challenge by the federal constitutional court on Friday is a further blow to VW, which is still grappling with the implications of the dieselgate scandal almost three years after it came to light.

Its shares were down 1.2 percent at 0930 GMT, underperforming other German carmakers and the DAX index of leading German shares.

The ruling comes just weeks after VW was fined 1 billion euros ($1.2 billion) over emissions cheating, one of the highest fines ever imposed on a company by German authorities.

Munich prosecutors have also widened a probe into VW’s luxury brand Audi to include now suspended Chief Executive Rupert Stadler among the suspects accused of fraud and false advertising.

The court on Friday said that the seizure of the Jones Day documents did not infringe on VW’s right to a fair legal process.

The court’s ruling said the seizure was justified as no specific suspects had been named at the time of the raid.

VW said it welcomed the fact that the court’s decision brought some clarity on the issue, even if the court disagreed with the carmaker.

Jones Day found wrongdoing by certain senior VW employees but exonerated members of the management board, and Volkswagen used the findings to negotiate a $4.3 billion settlement with U.S. authorities.

VW has argued that the development of illegal software, also known as “defeat devices”, was the work of low-level employees, and that no management board members were involved.

U.S. prosecutors have challenged this by indicting VW’s former CEO Martin Winterkorn. Last month, Munich prosecutors arrested Audi CEO Stadler, though he has not been charged with any crime.