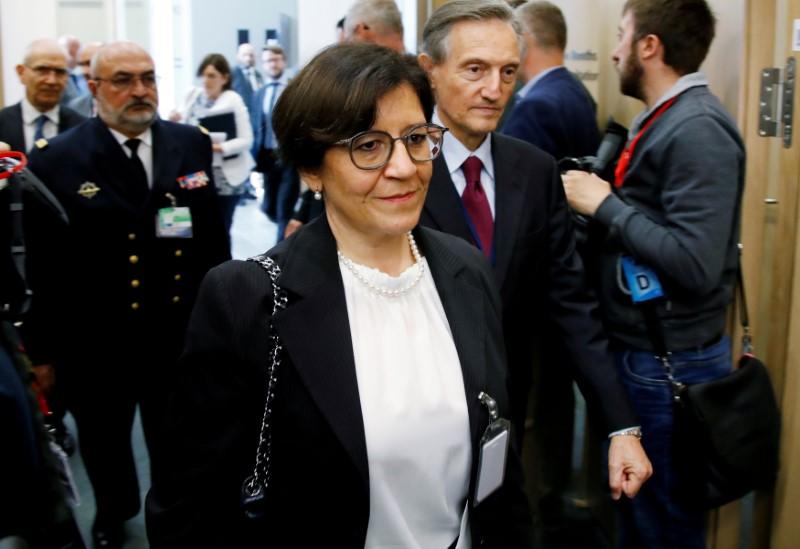 ROME (Reuters) – Italy will not buy more Lockheed Martin Corp F-35 fighter jets and is considering whether to stick to the order to which it is already committed, Defence Minister Elisabetta Trenta said on Friday.

Trenta comes from the anti-establishment 5-Star Movement which has always been critical of NATO member Italy’s order for 90 of the planes, saying the money could be better spent to boost welfare and help the sluggish economy.

“We won’t buy any more F-35s,” Trenta said in a television interview with private broadcaster La 7. “We are assessing what to do regarding the contracts already in place.”

She spelled out several reasons to be cautious, saying that “strong financial penalties” could mean that “scrapping the order could cost us more than maintaining it.”

She also cited benefits in terms of technology and research in Italy linked to the planes, as well as jobs that would be lost.

However, Trenta said she saw merit in stretching out the purchases in order to free up resources for investments in European defense projects.

Some 5-Star officials said last year that Italy should cancel the order for the fighters altogether, but Trenta made clear she had reservations about this.

“No one is hiding the fact we have always been critical … In view of the existing contracts signed by the previous government, we are carrying out a careful assessment that exclusively considers the national interest,” she said.