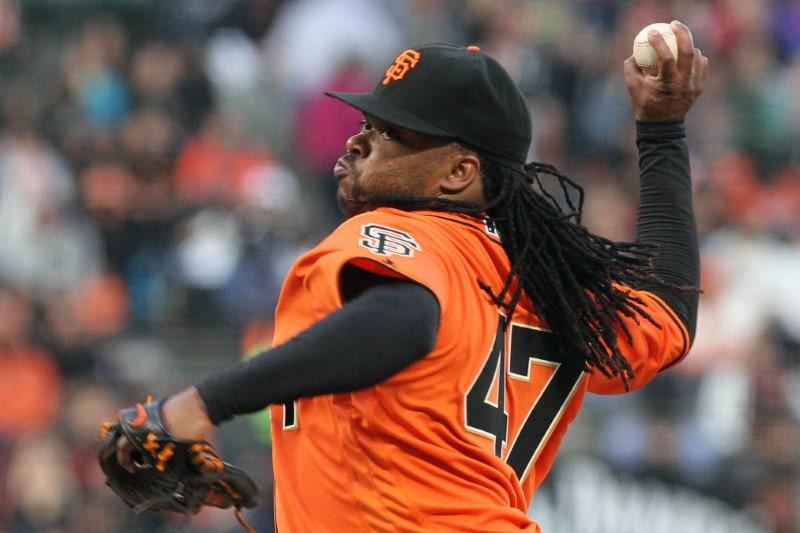 Cueto, who had been sidelined due to a right elbow sprain, will be making his first appearance for the Giants since April 28. He is expected to be limited to 85 pitches. The Giants feared Cueto might have a torn ulnar collateral ligament and had him examined by Dr. James Andrews, but the prognosis was that no surgery was needed, and Cueto instead was told to rest his elbow.

— The Cleveland Indians re-signed outfielder Melky Cabrera to a minor league deal and assigned him to Triple-A Columbus.

Cabrera signed a minor league contract with the Indians in April and was recalled on May 20, but he batted just .207 with no homers and 11 RBIs in 17 games.

Cleveland designated him for assignment on June 14 and he elected to become a free agent after clearing waivers. Cabrera has a .285 career average with 131 homers and 779 RBIs across 14 seasons.

Martin had been recalled from a one-day stint with Triple-A Round Rock on Wednesday. He threw an inning in Texas’ 5-4 loss to the rival Houston Astros, allowing a run on one hit, one hit batter and two intentional walks. He threw 26 pitches in the outing and was stuck with the loss.

The 32-year-old has 4.32 ERA in 28 appearances this season, his first in the majors since a two-year stint in Japan.

Fedde lasted just 25 pitches before being forced out of Wednesday’s start against the Boston Red Sox due to right shoulder stiffness. A magnetic resonance imaging exam showed no structural damage in the shoulder.

Saladino sprained his left ankle in a May 29 game against the St. Louis Cardinals and has missed the past five-plus weeks. He was hitting .324 with three homers and eight RBIs in 16 games with the Brewers.

Saladino opened the season with the Chicago White Sox — going 2-for-8 — before Milwaukee acquired him for cash on April 19. The versatile Sogard was batting .134 with no homers and two RBIs in 97 at-bats this season.

—The St. Louis Cardinals have acquired left-hander Elniery Garcia from the Philadelphia Phillies for international cap space, both teams announced.