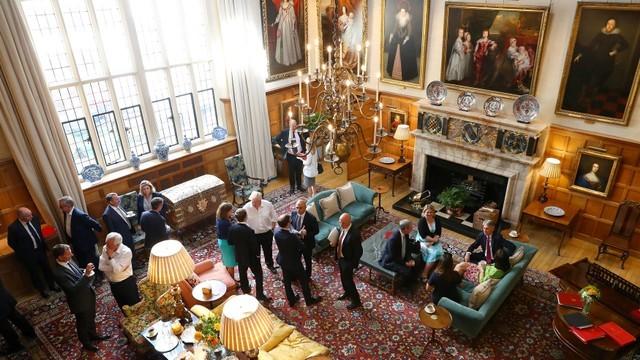 LONDON (Reuters) – Prime Minister Theresa May agreed Britain’s Brexit negotiating position on trade and customs with her cabinet on Friday at a make-or-break meeting with senior ministers at her country residence.

After months of reticence, May has thrashed out the agreement in the hope of overcoming divisions in the government and pushing on with all-but-stalled talks on the terms of Britain’s exit from the European Union.

“Today in detailed discussions the cabinet has agreed our collective position for the future of our negotiations with the EU,” she said in a statement released by her office.

“Our proposal will create a U.K. – EU free trade area which establishes a common rule book for industrial goods and agricultural products.

“We have also agreed a new business-friendly customs model with freedom to strike new trade deals around the world.”

The proposal is subject to negotiation with the EU.