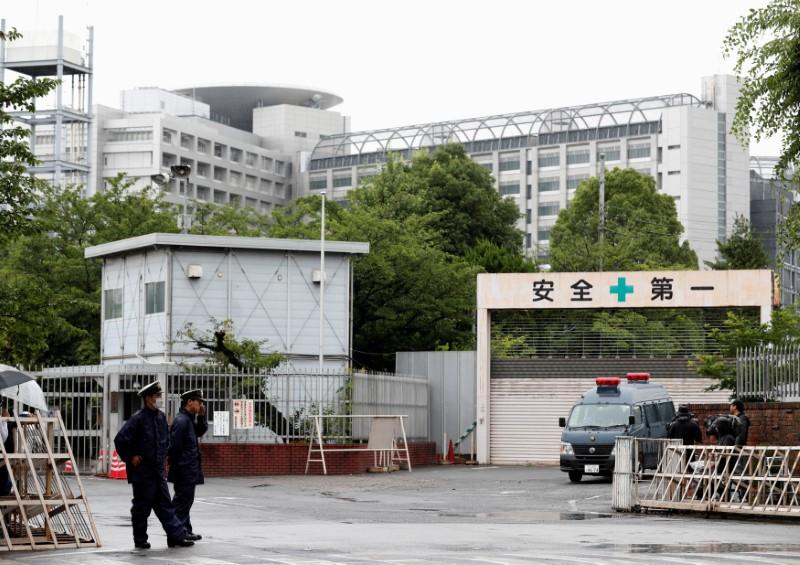 TOKYO (Reuters) – The former leader of Aum and several other members of the Japanese doomsday cult that carried out a deadly sarin gas attack on the Tokyo subway in 1995 were executed on Friday, public broadcaster NHK reported.

Chizuo Matsumoto, who went by the name Shoko Asahara, was the first of 13 scheduled to be hanged for the attacks, which killed 13 dead and injured more than 6,000, NHK said. Japanese media broke into regular programming to report the news.

The Aum Shinri Kyo, or Aum Supreme Truth cult, which mixed Buddhist and Hindu meditation with apocalyptic teachings, staged a series of crimes including simultaneous sarin gas attacks on Tokyo subway trains during rush hour in March 1995. Sarin, a nerve gas, was originally developed by the Nazis.

The images of bodies, many in business suits, sprawled across platforms stunned Japan and shattered its myth of public safety.

More than 20 years of trials involving Aum members, including Asahara, came to an end in January 2018, when the life sentence of Katsuya Takahashi for his part in the 1995 subway sarin gas attack was upheld by the Supreme Court. Thirteen cult members were then on death row.

An official at the justice ministry said he could not immediately confirm the reports.

Asahara, 63, a pudgy, partially blind yoga instructor, was sentenced to hang in 2004 on 13 charges, including the subway gas attacks and a series of other crimes that killed more than a dozen more people.

He pleaded not guilty and never testified, but muttered and made incoherent remarks in court during the eight years of his trial. The sentence was upheld by the Supreme Court in 2006.

Asahara, who founded Aum in 1987, said that the United States would attack Japan and turn it into a nuclear wasteland, He also said he had travelled forward in time to 2006 and talked to people then about what World War Three had been like.

At its peak, the cult had at least 10,000 members in Japan and overseas, including graduates of some of Japan’s most elite universities. A number lived at a huge commune-like complex Asahara set up at the foot of Mount Fuji, where the group studied his teachings and practiced bizarre rituals but also built an arsenal of weapons – including sarin.

The cult also used sarin in 1994, releasing the gas in the central Japanese city of Matsumoto on a summer night in an attempt to kill three judges set to rule on the cult. The attack, which failed, used a refrigerator truck to release the gas and a wind dispersed it in a residential neighbourhood, killing eight and injuring hundreds.