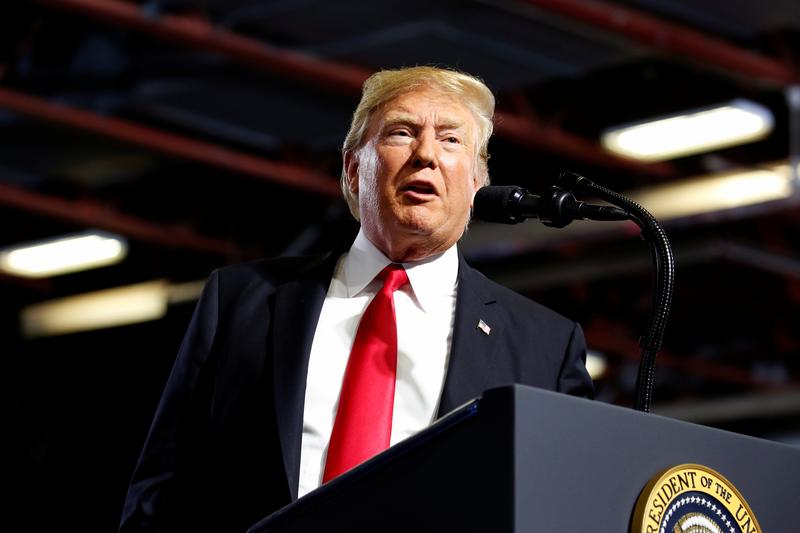 – Congress must pass smart, fast and reasonable Immigration Laws now. Law Enforcement at the Border is doing a great job, but the laws they are forced to work with are insane. When people, with or without children, enter our Country, they must be told to leave without our…….. [1008 EDT]

– …..Country being forced to endure a long and costly trial. Tell the people “OUT,” and they must leave, just as they would if they were standing on your front lawn. Hiring thousands of “judges” does not work and is not acceptable – only Country in the World that does this! [1016 EDT]

– I have accepted the resignation of Scott Pruitt as the Administrator of the Environmental Protection Agency. Within the Agency Scott has done an outstanding job, and I will always be thankful to him for this. The Senate confirmed Deputy at EPA, Andrew Wheeler, will… [1537 EDT]

– …on Monday assume duties as the acting Administrator of the EPA. I have no doubt that Andy will continue on with our great and lasting EPA agenda. We have made tremendous progress and the future of the EPA is very bright! [1537 EDT]

– It was my great honor to join proud, hardworking American Patriots in Montana tonight. I love you – thank you! #MAGA [2011 EDT]

– A vote for Democrats in November is a vote to let MS-13 run wild in our communities, to let drugs pour into our cities, and to take jobs and benefits away from hardworking Americans. Democrats want anarchy, amnesty and chaos – Republicans want LAW, ORDER and JUSTICE! [2044 EDT]