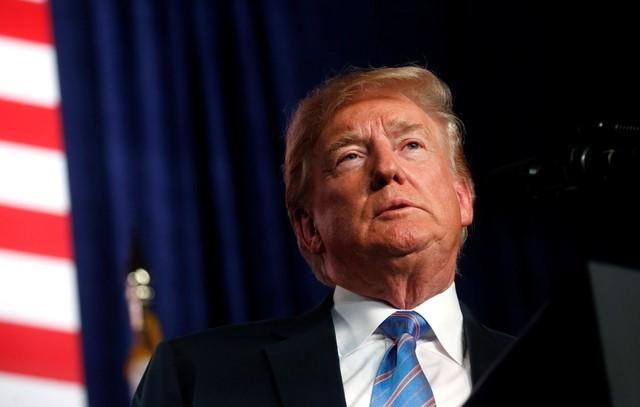 SHANGHAI/SINGAPORE (Reuters) – Six months of wrangling over trade tariffs with the United States has wiped out about a fifth of China’s stock market value and driven its currency down sharply. But those moves may have just been a downpayment on what is yet to come.

Shanghai’s benchmark share index .SSEC is down roughly 22 percent since January, when U.S. President Donald Trump’s first trade tariffs on solar panels were announced. It has fallen 9 percent since June 19, when Trump outlined his plans to tax a lot more Chinese imports than he initially proposed.

Tariffs on the first batch of $34 billion worth of Chinese imports kicked in on Friday. Beijing said it had no choice but to respond in kind by taxing a similar amount of U.S. goods coming into China. U.S. tariffs on another $16 billion of Chinese goods are due to go into effect in two weeks, Trump said on Thursday.

But Trump also raised the temperature much further by telling reporters that after the initial $50 billion of goods has been targeted with tariffs, Washington could add another $500 billion.

With Beijing indicating it will respond with tariffs on more U.S. imports or other corresponding actions of its own, the specter of a full-blown trade war risks sinking China’s markets deeper into bear territory.

Initial market estimates of the impact of tit-for-tat Chinese and U.S. tariffs have been modest. A China central bank adviser, Ma Jun, said U.S. tariffs on $50 billion worth of Chinese goods will shave 0.2 percentage points off Chinese growth.

Market economists reckoned that every $100 billion of imports affected by tariffs would take away around 0.5 percent of global trade. And they have assumed a direct impact on China’s economic growth in 2018 of 0.1-0.3 percentage points, and a somewhat lower effect on U.S. growth.

But the massive scale of Trump’s suggested new U.S. tariffs – 10 times the initial $50 billion – would blow any such modest predictions out of the water.

“The bigger the size (of imports facing tariffs), the bigger the potential that the GDP impact is larger than a linear extrapolation would suggest,” said Aidan Yao, senior emerging Asia economist at AXA Investment Managers in Hong Kong.

There were other secondary effects on confidence, investment and global supply chains to be considered, besides the impact on the economy through financial markets, wealth effects and corporate funding, he said.

“The risk is we underestimate the impact based on these simple back-of-the-envelope calculations.”

Given the uncertainty over the trade dispute, securities analysts in China suggest investors should just sell shares and hold onto cash.

“Whether you look at fundamental factors, or market psychology, there’s nothing bright – a Sino-U.S. trade war will have a seriously negative impact on China’s economy,” Chien said.

The yuan currency CNY=CFXS has stabilized around 6.65 per dollar this week after Chinese state banks intervened to defend it at 11-month lows. It has dropped nearly 7 percent since April.

While U.S. stock markets have been more stable than China’s during these past months of escalating trade tensions, analysts warn against discounting Beijing’s capacity to retaliate.

China has taken a softer, conciliatory approach so far, but investors only need to hark back to last year when South Korean companies bore the brunt of a backlash from China over Seoul’s deployment of a U.S. missile system.

The companies lost billions of dollars in market value after a Chinese boycott of Korean goods, group tours to South Korea, and the targeting of one conglomerate in particular, Lotte Group, for various regulatory inspections at its stores in China. Lotte had swapped some land with the South Korean government to enable the missile system’s deployment.

The analysts say that Beijing could suddenly make it very difficult for U.S. companies to operate in China, whether it be getting contracts, licenses or regulatory approvals. If patriotic Chinese consumers were also unleashed, damaging boycotts of American goods could follow.

Perhaps the most threatening thing Beijing could do would be to unload some of its massive holdings of U.S. Treasuries – it is currently the biggest foreign owner.

“China’s big stick is the bond market,” said Stephen Innes, head of APAC trading at OANDA in Singapore. He said that Beijing would use that strategy “if it is necessary.”

Such action would likely send Treasury yields significantly higher and raise U.S. government borrowing costs. It would also hurt China’s remaining holdings of the securities, which is one reason it would probably only be used as a last resort.

In the meantime, technical indicators, from margin lending for shares to the prices of stock index futures, already point to a deeper slump in China’s stock markets.

The SSE50 Index .SSE50 which tracks blue-chip shares hit a 13-month low on Thursday and has slumped roughly 12 percent in the past two weeks.

In a sign market bulls are throwing in the towel, the outstanding value of margin financing – the money investors borrow to buy shares – has rapidly shrunk. aCNMGTBA

Roughly 70 billion yuan ($10.55 billion) worth of leveraged bets were unwound over the past month alone, representing 7 percent of the total bets.

On the other hand, the outstanding value of shares investors have borrowed to sell has jumped 45 percent this year to 6.5 billion yuan, despite several restrictions placed on such direct short-selling.

Foreign investors are turning bearish on China stocks, too. Nearly uninterrupted foreign inflows into Chinese stocks this year, spurred by optimism around MSCI Inc’s inclusion of A-shares in its indexes on June 1, have reversed course since mid-June.

“Even if the market is technically oversold, sentiment is low and valuations are lower, it is still too early to catch falling knives, as there will be further selling for structural liquidity reasons from anywhere,” said Hong Hao, head of research at BOCOM International.

“At times like these, technical rebounds will be fleeting.”