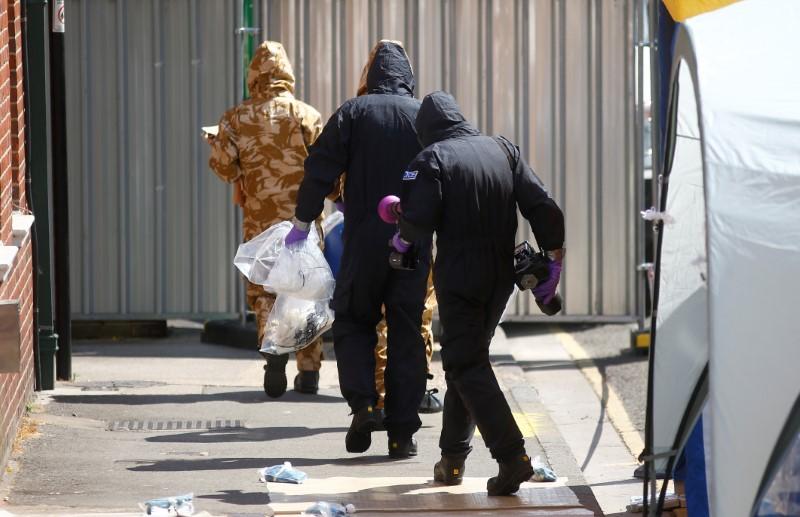 LONDON (Reuters) – British police wearing protective suits were seen entering a hostel on Friday in the southwestern town of Amesbury where two people who are in a critical condition after being exposed to the nerve agent Novichok were found.

Police are investigating the area after a man and woman fell ill close to Salisbury where ex-Russian spy Sergei Skripal and his daughter were struck down earlier this year.