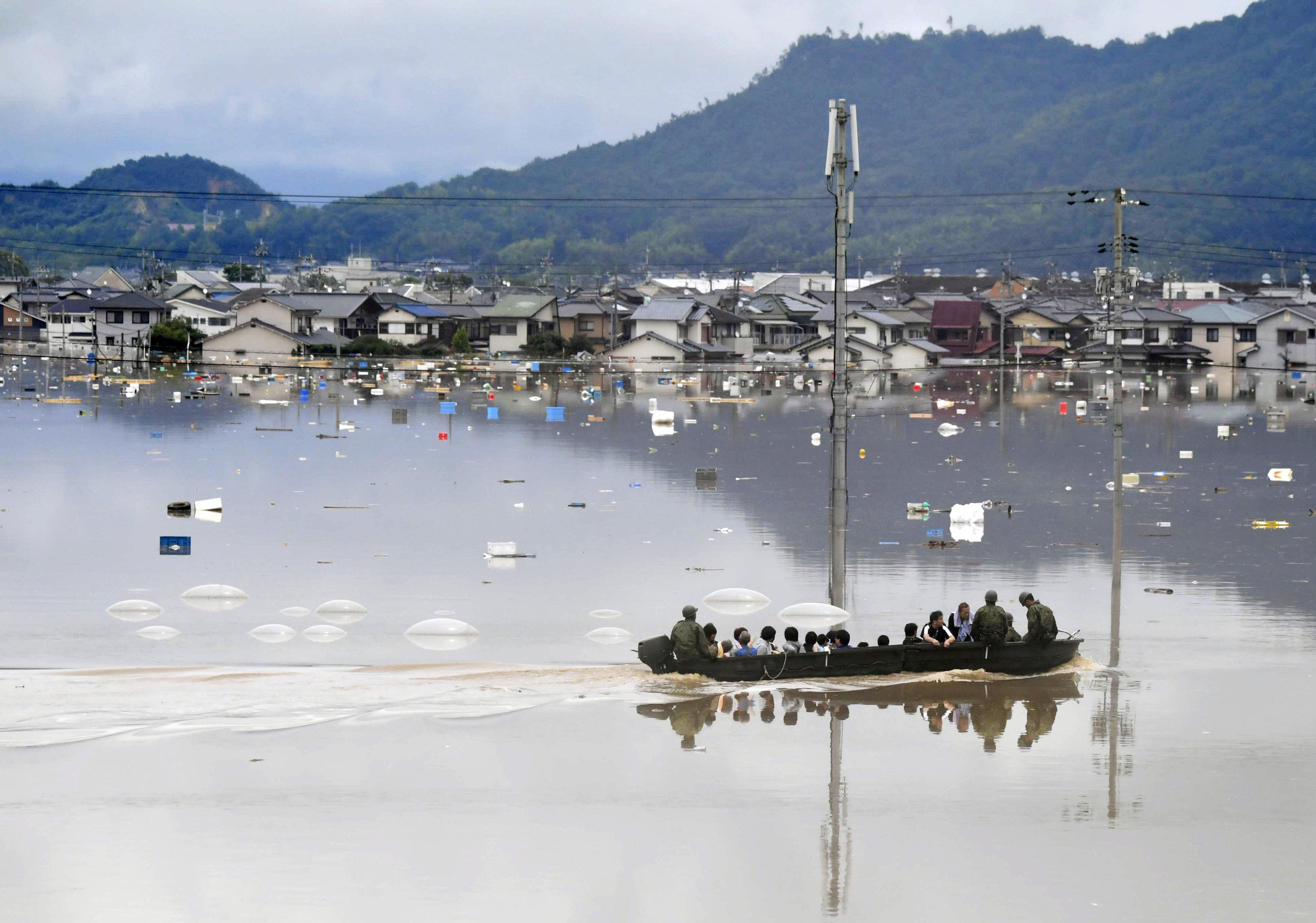 TOKYO (Reuters) – Forty nine people have been killed and 48 are unaccounted for in western and central Japan as torrential rain pounds the area, public broadcaster NHK said on Saturday, with more than 1.6 million evacuated from their homes.

Japan’s Meteorological Agency retained special weather warnings for three prefectures in the main island of Honshu, down from five, and urged vigilance against landslides, rising rivers and strong winds amid what it called “historic” rains.

Helicopter footage showed people on their roofs waving for help in Kurashiki, and Japanese soldiers rescuing children by boat from a flooded river in Hiroshima.

In Motoyama, a town on Shikoku island, about 600 km (373 miles) from the capital Tokyo, 583 mm (23 inches) of rain fell between Friday and Saturday morning, the agency said.

Although a weather front had settled between western and eastern Japan, there was a risk heavy rains would continue as warm air flowed towards the front, it added, with already-saturated areas facing more rain on Sunday.

Among the dead were a man who fell from a bridge into a river in western Hiroshima city, and a 77-year-old man in Takashima, 56 km (35 miles) east of the ancient capital of Kyoto, who was swept into a canal as he worked to remove debris, NHK said.

Four people in Ehime, Hiroshima and Yamaguchi prefectures were in critical condition after being injured in landslides, it added.

By Saturday morning, more than 1.6 million people had been ordered to evacuate their homes for fear of flooding and further landslides, with 3.1 million more advised to leave, the Fire and Disaster Management Agency said.

Mitsubishi Motors Corp (7211.T) halted operations at one plant because it could not get parts, Kyodo said. Mazda Motor Corp (7261.T) stopped production lines at two plants so employees would not have to travel in hazardous conditions.

Reuters could not reach the firms for comment outside business hours.