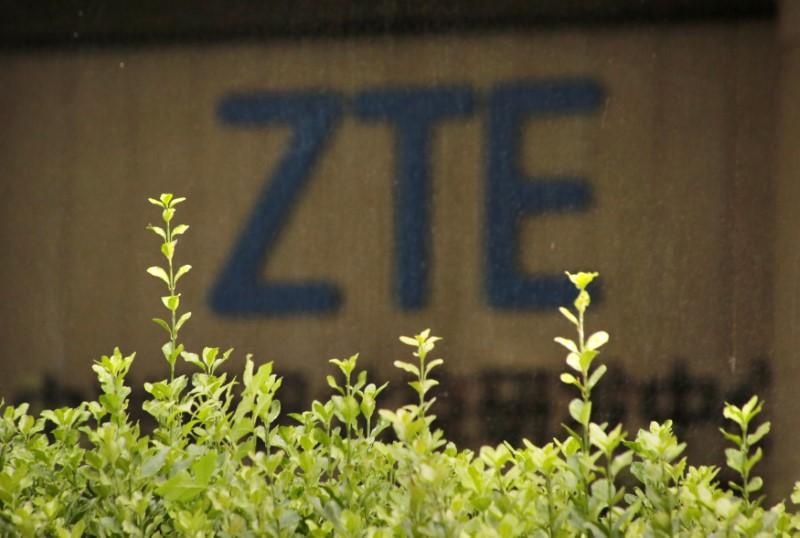 HONG KONG (Reuters) – A departing senior executive at China’s ZTE Corp (000063.SZ)(0763.HK), which is fighting a crippling U.S. supplier ban, said in a letter to staff on Friday that his departure amid a Sino-US trade war was “deeply humiliating”.

Zhang Zhenhui was one of scores of executives at China’s No.2 telecommunications equipment maker ordered to leave as part of a $1.4 billion settlement deal ZTE made with the United States in June in order to end a seven-year supplier ban.

ZTE, which relies on U.S. suppliers for core components, had to cease major operations in April after the U.S. government imposed the ban, saying the firm broke an agreement to discipline executives who conspired to evade U.S. sanctions on Iran and North Korea.

As part of the settlement, ZTE agreed to pay a $1 billion fine, put $400 million in escrow, and hire a U.S.-appointed compliance monitor. It also agreed to replace its board, remove all members of its leadership at or above senior vice-president level along with any executives associated with the wrongdoing, within 30 days.

Zhang, who was one of five executive vice presidents at ZTE and in charge of sales and marketing, issued a farewell letter to staff on Friday, employees said.

In the letter, which was circulated online on Saturday, Zhang recounted his 18 years at ZTE and said he had no responsibility in ZTE’s compliance violations.

“In the environment of a Sino-US trade war, in the ‘white terror’ of a technology war, all executive presidents including me have signed termination contracts to formally leave the company yesterday,” Zhang said.

ZTE was found guilty in 2016 of having sold products with U.S. technology to restricted countries including Iran, violating U.S. export rules.

It managed to avoid a 7-year supplier ban after reaching a settlement agreement with the United States in March 2017 that included a $1.2 billion fine. The United States reinstated the ban this April after it said ZTE had failed to punish the executives involved as agreed.

Despite a provision in the settlement agreed last month that allowed the United States to exempt certain executives, all members of ZTE’s former board and former senior management team have left the company.

Some employees and analysts have expressed doubt over whether a new board and management team could settle in quickly enough to lead the company out of the woods even after the ban is lifted.

In the letter, Zhang also praised long-time rival Huawei Technologies [HWT.UL] and said he truly wished Huawei, as a Chinese company, could “straighten up its spine and face inevitable challenges in the future”.

Huawei, the world’s largest telecom equipment maker, has long been under scrutiny in the United States, seen as a risk because of its alleged links to the Chinese government, which the company has denied.