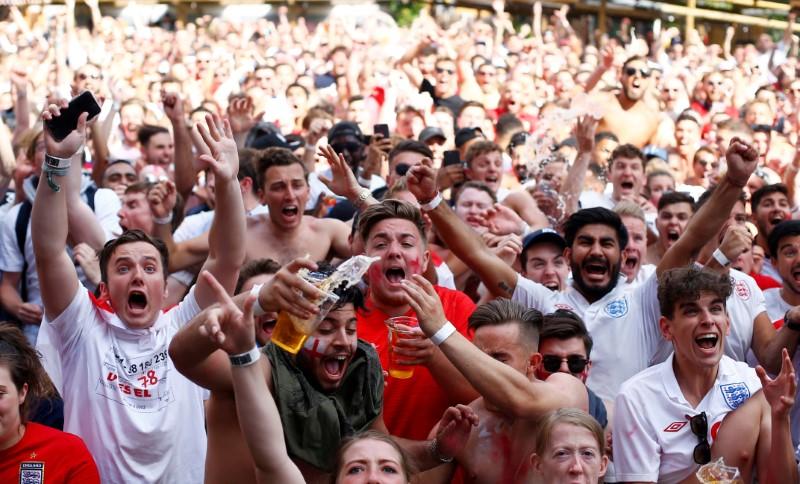 SAMARA, Russia (Reuters) – England fans in Russia said they were daring to dream of glory on Saturday after the national side cruised past Sweden 2-0 and into a World Cup semi-final for the first time in 28 years.

England supporters at Russia’s Samara Arena chanted the song “It’s coming home” as they emerged from the stadium having stayed behind long after full time to herald a victory that puts England one game away from a place in the final.

Luc Jones said he had been disappointed in past England players being more “into their haircuts or their pop celebrity girlfriend or their new sports car than actually kicking the ball.”

“But this time it might be different and we dare to dream. Thank you very much. It’s coming home,” said Jones.

Either hosts Russia or Croatia are all that stands between England and a first World Cup final since they won the tournament on home soil in 1966.

“I thought we did well, did well. Contained them. Then we needed to score, (we) scored first, controlled the game,” David Thomson said.

“Fantastic, absolutely brilliant. We were worried before that game we had to score first and we did. Controlled the game. Fantastic,” Tim Banks said.