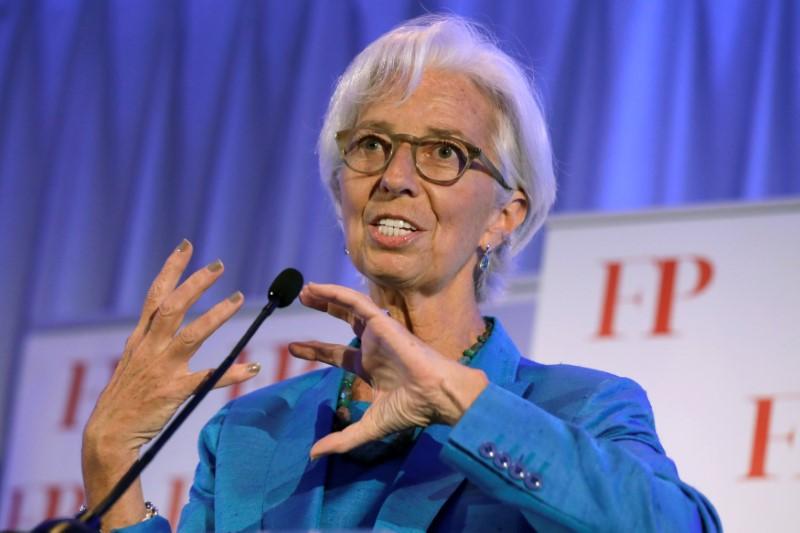 AIX-EN-PROVENCE, France (Reuters) – IMF Managing Director Christine Lagarde said on Saturday that a proposed joint euro zone budget could be designed with conditions so that it does not become a no-strings-attached transfer of rich countries’ cash to poorer members.

The leaders of France and Germany agreed last month on a proposal for such a budget that would be used to smooth out economic difference between euro zone countries and stabilize their economies when facing shocks.

The Franco-German idea, at the heart of French President Emmanuel Macron’s plans for deeper euro zone integration, quickly ran into opposition from a dozen other EU countries, led by the Netherlands, concerned about how the money would be raised and used.

“This centralized budget capacity does not need to become a payment facility,” Lagarde said.

“It can very well have disciplinary conditions attached,” Lagarde said, speaking at an economic conference in the southern French city of Aix-en-Provence.

Though details remain to be hammered out, the Franco-German proposal does not speak of imposing conditions, like fiscal discipline or carrying out reforms, to benefit from the joint budget.

Their proposal does, however, call for conditions to continue to be required for access to the euro zone’s bailout fund, the European Stability Mechanism.

France and Germany have proposed that the joint budget be functional from 2021 and that it should be financed by a financial transaction tax, which other countries have already poured cold water on.