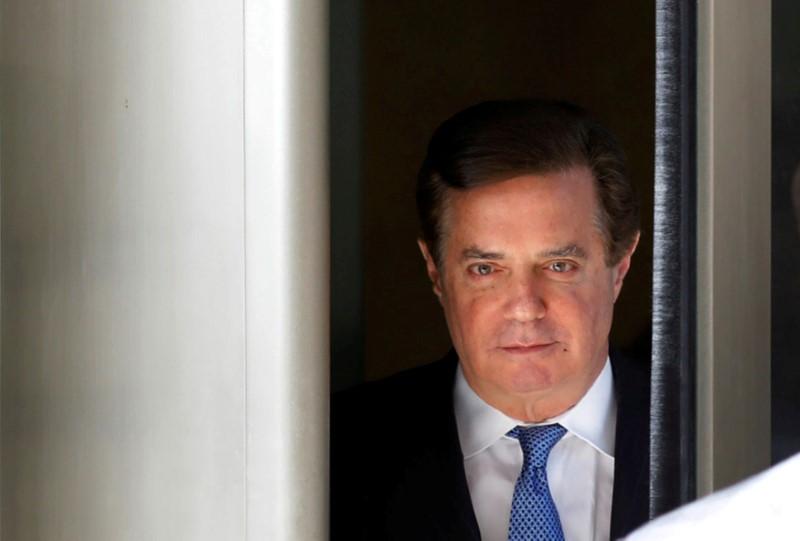 (Reuters) – U.S. President Donald Trump’s former campaign manager Paul Manafort on Friday requested that his July trial be moved further away from Washington D.C., arguing that potential jurors in the capital had consumed too much negative press coverage about him and were biased against Trump.

Manafort’s trial in a federal court in Alexandria, Virginia, is due to start on July 25, but in court filings on Friday his lawyers also asked for postponement until another trial due to start in September in Washington, D.C. runs its course. His lawyers argued that his pretrial detention in jail is making it hard to prepare his defense.

Special Counsel Robert Mueller has indicted Manafort on charges including bank and tax fraud but the motions filed on Friday are Manafort’s latest attempt to stall the legal process. Last month the judge overseeing the Alexandria case rejected a motion to dismiss the indictment, affirming Mueller’s mandate to prosecute him.

Citing his Sixth Amendment right to trial by an impartial jury, Manafort’s lawyers said in the motion on Friday that the trial should be moved from Alexandria, which is a short drive from Washington, to Roanoke, Virginia about 240 miles away.

They cited voting data showing Hillary Clinton took two-thirds of the 2016 presidential vote in Alexandria, which was part of an “inside-the-Beltway” area preoccupied with political media coverage, much of it negative towards Manafort and Trump.

They argued a jury from that population would be biased against Manafort, given his former role as manager of Trump’s campaign, and that Roanoke, where the presidential vote was more balanced between the Democrat and Republican parties, would draw a less biased jury pool.

Manafort was jailed last month by the judge overseeing the Washington, D.C. case after Mueller filed fresh charges against him over alleged witness tampering while he was under house arrest. The jail is about a two hour drive from Washington.

In another motion on Friday, Manafort’s lawyers argued that the judge in the Virginia case should postpone the trial from July 25 until after the Washington trial is finished. Mueller’s office opposed the motion, they said .

“Mr. Manafort’s current detention has made meetings with his attorneys to prepare his defense far more infrequent and enormously time-consuming,” his lawyers wrote.